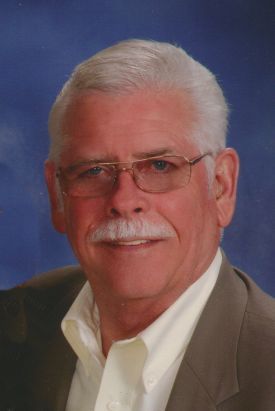 Gerald “Gerry” Wolfgram, age 69, of Kaukauna, left this world on May 12, 2016, at his home, after a two year battle with colon and liver cancer. His strong faith in God, his wife Harriet, daughter Tracie, his family and friends helped him through these tough years.

Gerry proudly served his country in United States Army beginning in 1969. He was discharged three years later as an E5. On March 1, 1984, Gerry became employed with AAL/Thrivent Financial as a Financial Representative, retiring on October 9, 2015. He loved helping his members and fellow representatives. Gerry loved life, his Corvette that he drove fast and put on many miles coast to coast; especially their trip on Route 66. He always said to Harriet, “stick with me, I'll take you on an adventure” — many adventures were shared.

The family would like to extend a sincere thank you to doctors, nurses, staff at Froedtert Hospital and Fox Valley Oncology, Theda Care Home Care and Heartland Hospice, for their loving care through this journey. In lieu of flowers, a memorial has been established in his name. Online condolences may be offered at www.wichmannfargo.com