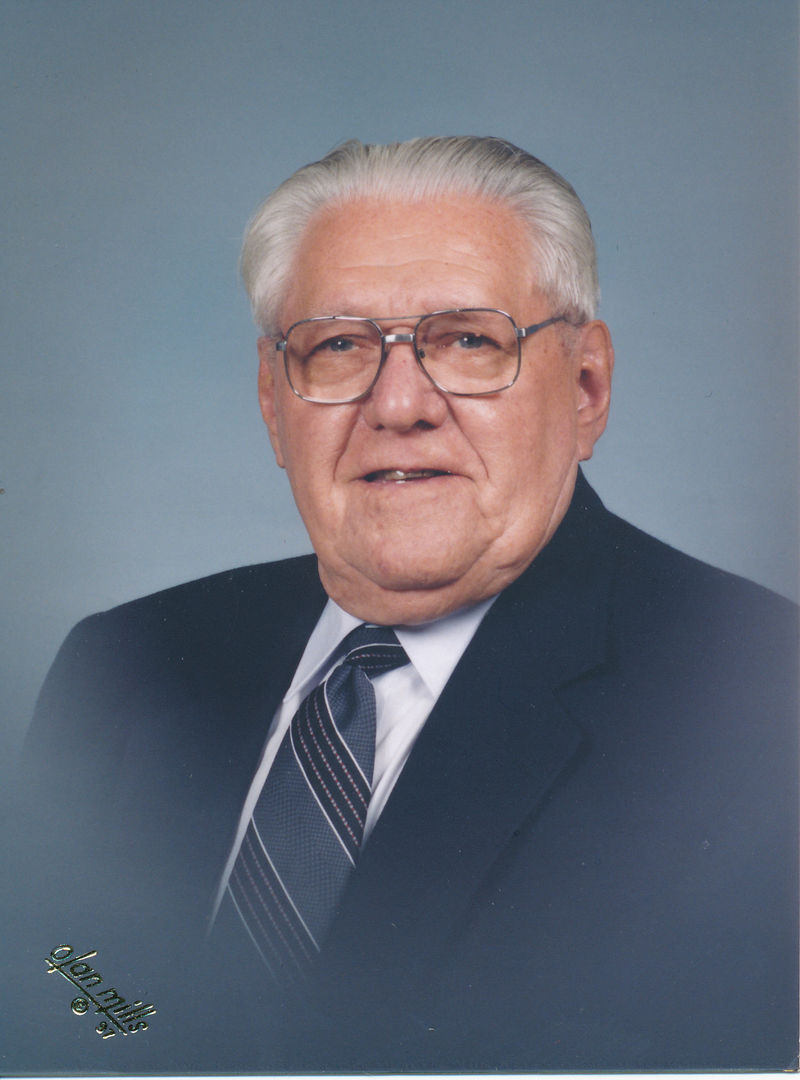 Jerry Lillge, age 93 of Appleton, went quietly into the welcoming arms of our Lord on Tuesday, December 4, 2012. Jerry was born in Appleton on March 26, 1919, son of the late Louis and Wella (Griese) Lillge. He attended St. Paul Ev. Lutheran Grade School and graduated from Appleton High School. Jerry served his country as a medic in the Army Air Force from 1942 until 1945. While in the Army Medical Corps, he handled medical supplies and received wounded soldiers at the airport at Casablanca, the site of a historic meeting between President Franklin Roosevelt and British Prime Minister Winston Churchill in January of 1943. The two leaders met there to decide the course of World War II. Whenever Jerry was asked how long he was in the service, he would say, “Three years, eight months, and twenty-three days!” Jerry was most grateful and proud for the opportunity to be on the July 2012 Old Glory Honor Flight to Washington, D.C. These veterans toured the nation's capitol and saw the memorial dedicated to the men who fought in World War II. He took great pride in being escorted on this trip by his great-nephew, Dr. Mike Werner, an Iraq war veteran himself.

Jerry worked at Kimberly ‚Äì Clark until his retirement. He was an avid hunter, fisherman, and accomplished carpenter. His hobbies included snowmobiling, crossword puzzles, the Hodag Country Music Festival in Rhinelander, the EAA, and feeding the birds.

Jerry is survived by his sister: Lavida C. Werner of Appleton; nieces and nephews: Marlin (Eleanor) Werner, Carol (Karl) Hoppe, Tom (Renee) Werner, Dan (Sue) Werner, Maynard (Pauline) Krueger, Karen (Don) Cook, Diane Krueger, and Sherry Guionnaud. There are also many great-nieces and nephews, a special friend Clyde (Bev) Park, as well as other relatives and good friends. He was preceded in death by his parents, a sister: Mae (Gerald) Krueger, and a brother-in-law: Grover Werner.

The Christian Funeral for Jerry will be held at 11:00 AM on Saturday, December 8, 2012 at ST. PAUL EV. LUTHERAN CHURCH, 302 N. Morrison Street in Appleton, with Rev. Donald Ninmer officiating. Interment will be in Highland Memorial Park. Friends may call directly at the church on Saturday morning from 9:00 AM until the time of the service. Online condolences may be expressed at www.wichmannfargo.com.

The family would like to thank the staff at Oakridge Gardens Nursing Center and Jerry's niece, Carol Hoppe, for all of the love and care shown to Jerry. We will never forget your kindness.