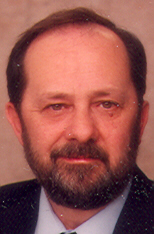 Gerald “Jerry” Francis Burke, age 69, passed away peacefully in the loving arms of his wife, Waltraut, on November 29, 2010. He was born May 28, 1941 in Appleton to the late Henry and Helen (Lupton) Burke. Gerald was a loving and devoted husband and father who worked at Fox River Paper Mill for 35 years. He loved to travel, enjoyed music and camping and loved to be with his family.

Jerry is preceded in death by two brothers, a sister, a brother-in-law in Germany, a sister-in-law in Germany and mother and father-in-law in Germany. The family would like to thank the Froedtert Hospital staff, Dr. Dall and the nurses at Appleton Medical Center. A special thank you to Cathy Burke; brother, Paul Burke, John (Lin) Ritcher, Will and Chris Ritcher and Steve and John Burke for helping with Jerry in a difficult time.

A Funeral Service for Jerry will be held at 11:00 a.m. on Monday, December 6, 2010 at the WICHMANN FUNERAL HOME, with Deacon Bill Burke officiating. Friends will be received at the funeral home from 9:00 a.m. until the time of service.

Jerry, you will be missed by many friends and family. Thank you for a wonderful 19 years together. Rest in peace sweetheart till we are together again. Love you, Wallie.