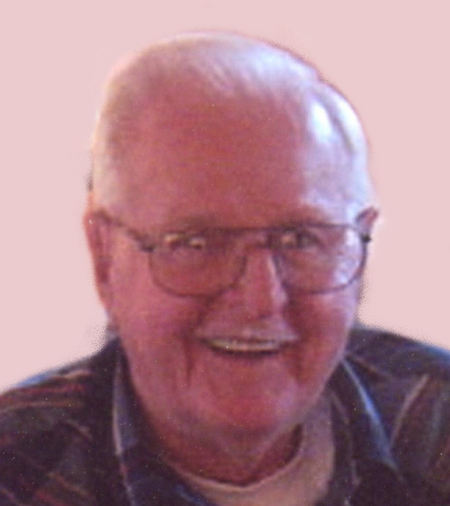 Jerry “Popsie” Steffen, age 86, passed away on Wednesday morning, November 6, 2013 at Theda Clark Medical Center in Neenah, following a brief illness. Jerry was born in Manitowoc on January 4, 1927, son of the late William and Laura (Dehne) Steffen. He served his country during World War II as a member of Delta Company 307, Military Police Battalion from 1945 until 1950, and on September 13, 2012, Jerry was able to participate in the Old Glory Honor Flight to Washington. On December 15, 1951, he married the former Florence Bessert in Manitowoc; she preceded him in death in 1997. As a young man, Jerry worked as a welder in the Manitowoc shipyards, and later became a valued member of Plumbers and Steamfitters Union local # 400. He spent much of his career working in the construction of nuclear plants. He loved woodworking, the Packers, Badgers, and Brewers, and always looked forward to the family tradition of Saturday lunch together.

The Christian Funeral Service for Jerry will be held at 10:30 AM on Monday morning, November 11, 2013, at the Star of Hope Chapel at Highland Memorial Park, 3131 N. Richmond Street in Appleton. Rev. Jason Oakland of Martin Luther Ev. Lutheran Church in Neenah will officiate, and entombment with full military honors will follow. There will be no visitation – family and friends will gather at the cemetery chapel immediately prior to the funeral service. Online condolences may be offered at www.wichmannfargo.com.