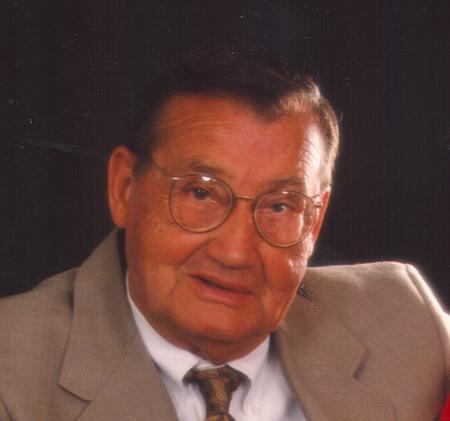 Age 79, peacefully passed away on Wednesday, September 27, 2006 at his home. He was born on November 16, 1926 in Grand Chute to the late Lester and Louise (Kirchner) Glaser. On June 4, 1949 he married June Griesbach in Hortonville and they shared 57 wonderful and faithful years of marriage until she preceded him in death just three months ago on June 27, 2006. Jerry proudly served his country during WWII with the United States Army. He had a milk route for several years with Utschig Dairy, did route delivery for the Appleton Post-Crescent, and worked in packaging at Fox River Paper Company until his retirement. He was a member and usher at Sacred Heart Parish. He enjoyed retirement, playing cards and Bump Off with his family, gardening, and had a passion for cars, especially his new white Buick.

Funeral services for Jerry will be held on Saturday, September 30, 2006 at 11:00 A.M. at Sacred Heart Catholic Church (222 E. Fremont Street) with Father Robert Karuhn officiating. Friends may call at the funeral home on Friday, September 29, 2006 from 4 until 7 P.M. and again on Saturday from 10 A.M. until the time of the mass directly at church. Interment will be in Highland Memorial Park on Monday, October 2. The family would like to thank Jerry‚Äôs neighbors on Madison Street for all their kindness, support, and friendships.