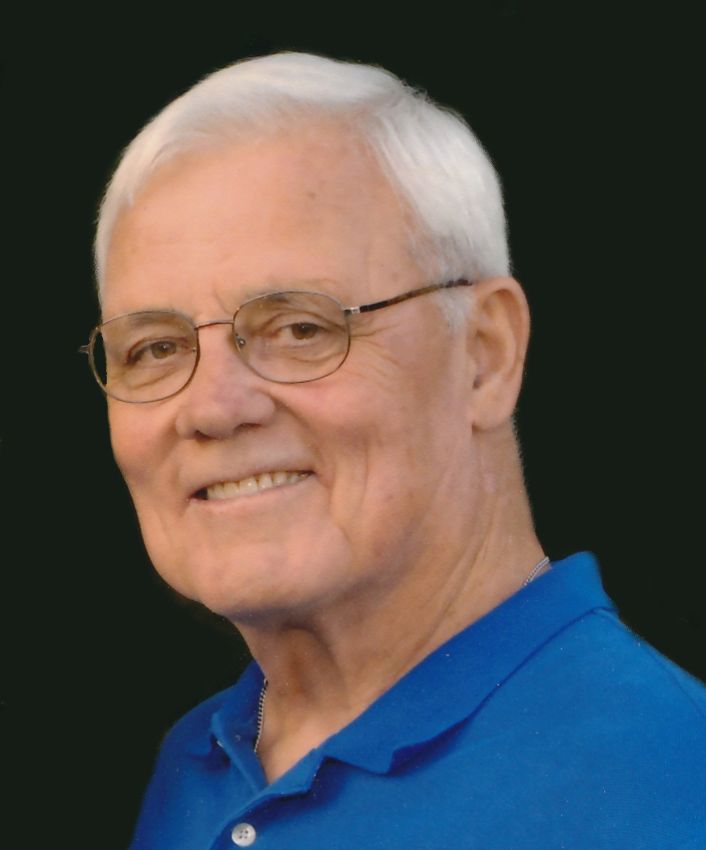 Jerry Golden, age 81, of Kaukauna, passed away on Tuesday, February 3, 2015 at his home surrounded by his family. He was born on March 14, 1933 in Appleton, to the late Thomas P. and Myrtle (O'Connor) Golden. Jerry served his country in the U.S. Air Force. On October 18, 1962, he married the love of his life Bonnie Vandenberg at St. Nicholas Catholic Church in Freedom. Jerry was a member of the Urban Klister American Legion Post 436 of Wrightstown. He was a faithful member, trustee, and member of the visitation committee at Holy Cross Catholic Church. Jerry was very involved in the community which included being Past President of the Optimist Club, he received the Life Time Volunteer of the Year Award, the Kaukauna High School Alumni Award, and he was a charter member of the Culture Corner. He volunteered at the Emergency Shelter and sang with the “Happy Wanderers”. Jerry was employed as a bartender at Van Abel's, then at Kaukauna High School, Weyers Insurance, and after retirement his true calling as an associate at Fargo Funeral Home. His family and friends meant the world to him and he will be missed by many.

The funeral liturgy will be held at 11:00 am on Friday, February 6, 2015 at HOLY CROSS CATHOLIC CHURCH, 309 Desnoyer Street in Kaukauna. Fr. Tom Pomeroy and Fr. Willard Van De Loo will be concelebrating. Interment will take place at St. Francis Catholic Cemetery in Hollandtown. A time of visitation will be held at the CHURCH on Thursday from 4:00 pm until 8:00 pm and again on Friday morning from 9:00 am until 10:45 am. A parish prayer service will take place on Thursday at 7:30 pm. In lieu of flowers, memorials to The Miracle League of the Fox Valley and Holy Cross Catholic Church are appreciated. Online condolences can be offered at www.wichmannfargo.com.

The family would like to thank all the doctors and nurses at Affinity Health Care and The University of Wisconsin Hospital, along with the staff at Fresenius Dialysis Center and Affinity Hospice for the wonderful care and compassion shown to Jerry and our family.

You were the glue that kept our family together. The life of the party during all the great times, and the rock that gave us strength when times were tough. Your contagious Irish smile lit up a room. We take great comfort knowing that Cathy was in heaven waiting for you. Now it is her time to enjoy your hugs, until we see you again.