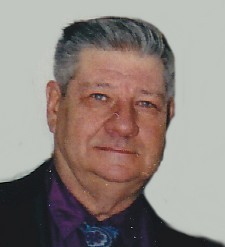 Jerry Bongean, age 70, passed away peacefully at his home on Saturday morning, September 14, 2013, with his family at his side. Jerry was born in Green Bay on October 11, 1942, son of the late Elmer “Jumbo” Bongean, Sr. and Edestine (Brunette) Bongean. On November 17, 1962, he married Marcia “Marge” Daurmont in West DePere; she survives. Jerry faithfully served his country in the United States Army, as a member of the 82nd Airborne Division, and was also employed at Neenah Foundry for over thirty years. He loved sports of all kinds, especially hunting out west.

Jerry is survived by his loving wife, Marge, with whom he celebrated fifty years of marriage last November; a daughter: Brenda (Mike) Hoeper of Kimberly; a son: Nick (Lisa) Bongean of Menasha; three grandchildren: Jerry Calkins and his special friend Kim of Kimberly; and twins Katie Calkins of Kimberly and Cayla (Bradley) Eckelbarger of Tucson, Arizona; three step-grandchildren: Lance VanGroll of Menasha, Luke Neubauer of Appleton, and Jake (Lauren) Neubauer of Darboy; three great-grandchildren: Isabella of Kimberly, and Austin and Autumn, both of Tucson; a brother: Rodney (Grace) Bonjean of Fredonia; two sisters: Debbie Atkinson of Kewaunee and Eunice “Tootie” Desotell of Green Bay; a sister-in-law: Mary Peters of Menasha, as well as his wonderful neighbors and many friends. Jerry was preceded in death by his parents, his in-laws, a son Gerald Leon, a daughter Edestine Alice, a sister Dorothy (Lee) Nockerts, and a brother-in-law Karl Peters, Sr.

The funeral liturgy for Jerry will be held at 5:00 PM on Tuesday, September 17, 2013 at HOLY SPIRIT PARISH, 600 E. Kimberly Avenue in Kimberly, with Fr. Robert Kollath officiating. Interment will be in the parish cemetery. Friends may call directly at the church on Tuesday afternoon from 3:00 PM until the time of the mass. In lieu of flowers, a memorial fund is being established. Online condolences may be offered at www.wichmannfargo.com.

The family would like to thank the many doctors and nurses for their care and compassion shown to Jerry in his time of need. A special thank you also to Theda Care At Home, and all of the hospice nurses. We will always remember your kindness.

You only go through life once, and let it be said, “I did it my way”