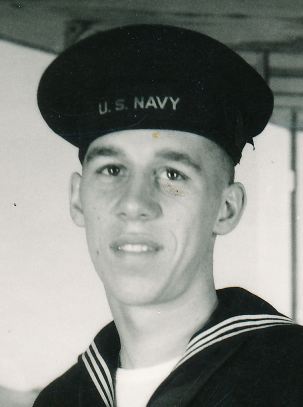 Gerald Van Asten, age 81, of Kaukauna, passed away on Tuesday, November 1, 2011 at St. Paul Home after a long battle with Parkinson 's disease and cancer. He was born on November 3, 1929 in Kaukauna, the son of the late John H. and Martha (Coenen) Van Asten. On August 23, 1951 he married Mary J. Schuessler at St. Mary Catholic Church in Kaukauna. Gerald served four years in the U.S. Navy from December 1950 to December 1954. After an honorable discharge, Jerry and Mary owned and operated a dairy farm on Kavanaugh Road in Kaukauna for 35 years. After retirement they resided near their farm. They celebrated 60 years of marriage on August 23, 2011.

Jerry enjoyed wood crafting and many fix it jobs. He volunteered at St. Vincent de Paul, was a member of the Hollandtown Volunteer Fire Department for 41 years, Outagamie Farm Bureau, Jacob Coppus Post #258 American Legion, Little Chute and Holy Cross Parish, Kaukauna. His greatest joys were his family, his siblings, many friends and anything to do with farming.

The funeral liturgy for Gerald will be held at 11:00 am on Friday, November 4, 2011 at HOLY CROSS CATHOLIC CHURCH, 309 Desnoyer Street, Kaukauna followed by full military honors. Father Tom Pomeroy will be officiating. Burial will take place at St. Mary Catholic Cemetery, Kaukauna. A visitation will be held on Friday at the church from 9:00 am until the time of mass. In lieu of flowers, a memorial fund has been established for the Parkinson's Foundation, ThedaCare at Home Hospice and St. Paul Elder Service and Hospice.

Gerald's family thanks all of their friends and family who helped during this difficult time. Dr. John Swanson and staff at Martha Siekman Cancer Center, ThedaCare Hospice at Cherry Meadows, St. Paul Home and Hospice and to all the people who were so kind and cared for Jerry in his final stage of life. We will never forget you.