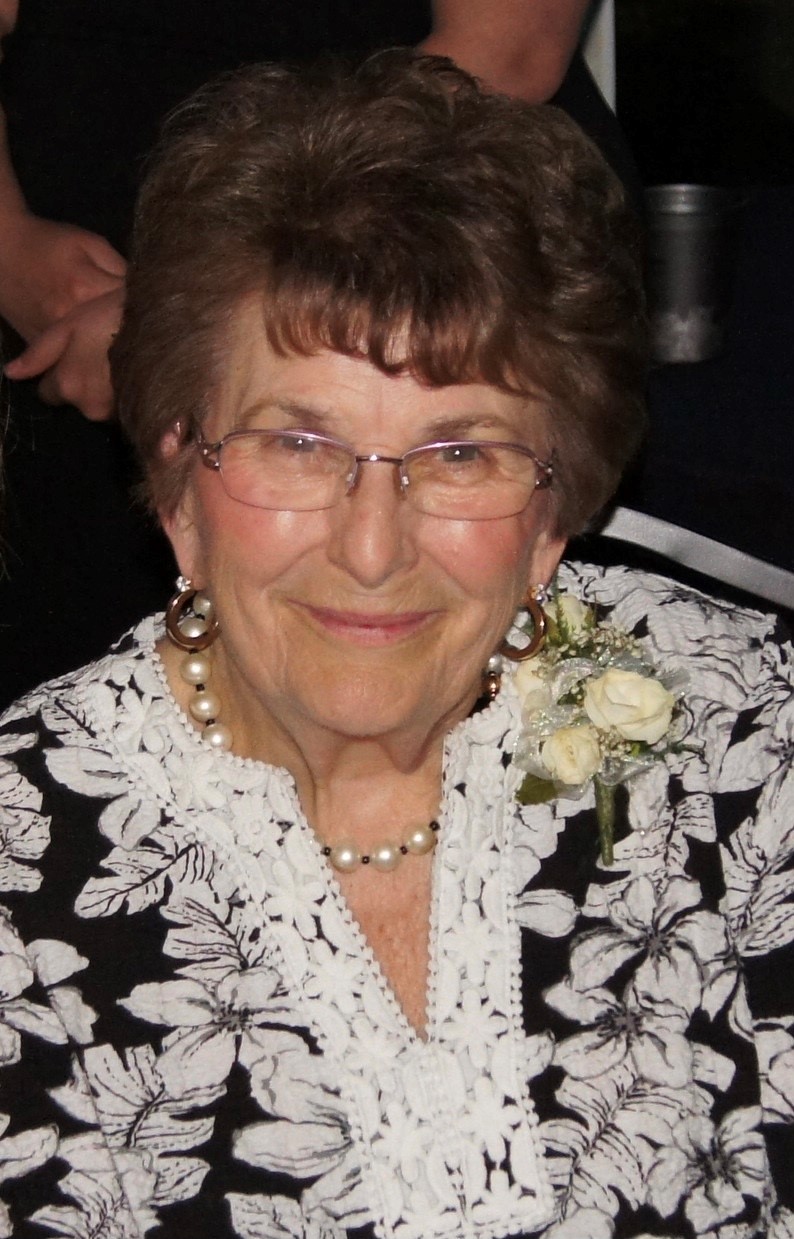 Georgiana P. “Georgie” (Schommer) Casey, 91, of Appleton, passed away peacefully on August 31, 2021 in Appleton.  Georgiana was born in Freedom, WI on May 30, 1930, and named after her parents George and Anna Schommer.  She attended elementary school in Freedom and high school at St. Joseph’s Academy in Green Bay.  She met the love of her life and married Leon “Lee” Casey on February 18, 1950 at St. Nicholas Church in Freedom, WI.   Georgie and Lee started their family and were blessed with nine wonderful children.  She was a dedicated mother who provided her children with every opportunity for success.  She was a confident woman and taught her children to be the same; always encouraging them to do and be their best.  “You can do it” was a very familiar comment.  Not only was she a great mom, she was a best friend, confidant, mentor, counselor and the best listener on the planet!

As a grandmother and great-grandmother she continued her motherly love.  She took great pride and enjoyment being part of their lives.  She was always there, attending her grandchildren’s school and sporting events, and, of course, so many birthday celebrations they are too numerous to count.  She never forgot a birthday and had quite a system to keep up with such a large family.

She enjoyed cooking, baking, gardening, family gatherings and established many family traditions- Christmas cookies and candy were her specialties.  Every holiday required a large family celebration.  After a successful family event, she would always chuckle and say, “Now that’s over with!”  Keeping her family close and together brought purpose and great happiness to her life.  It was her goal and intended legacy.  Once her family became more independent, she worked part-time as a sales associate/intimate apparel specialist for Gimbels, Marshall Fields all the way to Macys, where she worked for 34 years until retiring in 2007 at the age of 77.  In retirement, she and Lee enjoyed traveling, especially to Ireland.   Her beloved little dog, Barney, was her shadow, and she loved him dearly.   She was a devout Catholic and led a very prayerful, faith filled life which gave her great resolve.

The family of Georgiana wishes to extend our sincere thanks to Dr. Stephen Fuller of Primary Care Associates, Amy and CJ of ETI Wound Care, the Theda Care Hospital Staff, and Hospice Care for the compassionate care that was provided.

The funeral liturgy for Georgiana will be held on Thursday, September 9, 2021 at St. Pius X Catholic Church, 500 W. Marquette Street, at 11:00 AM with Rev. George Schommer officiating. Visitation will be held at the church from 9:00 AM until the time of services. Private interment at Highland Memorial Park.