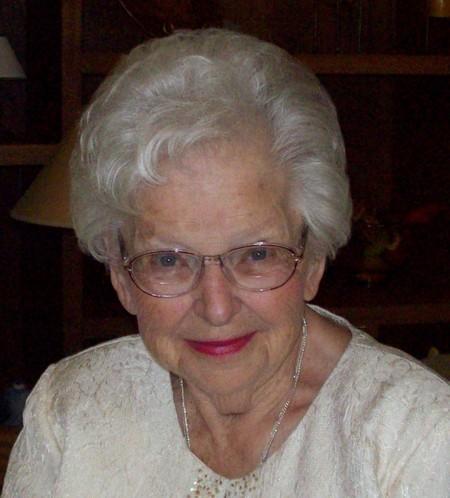 Died peacefully at home on August 15, 2012 with her family surrounding her. She had been suffering for the past few months and tried her best to go on, but it was time that she be released of this body and into Heaven where she will shine above all of us forever. “Grandma Georgia,” as called by everyone was a very special lady and only gave and never took. She had been married to Jerrol P. Strickler for 35 years before he was taken in September 1985. Georgia never married again, saying that “No one could take his place, for their love was too deep.” She also outlived all of her younger siblings. Charles (Mary Ann) Surguy, Rose Marie Surguy, Bobbie Jean (Alvin) Helton and Jack (Ellie) Surguy, all of Indiana. She was preceded in death by her own parents, Grace and George Surguy, her in-laws Jennie and Oliver Strickler, her sister in laws and two of her grandchildren, Jessica and Kyle Strickler. Georgia was loved by so many, her daughter, Jennifer (Robert) Schimmelpfenning and their children, Chad (Nicole)Schimmelpfenning, Nathan (Vanessa) Schimmelpfenning and Lucas (special friend Jackie Robinson), her sons David Strickler, his children, Myles (Angela) Strickler, Sarah (Philip) Nysse and Taylor Strickler and their mother Patricia Strickler, also Bruce (Cathryn) Strickler, their children, Philip (Chrissy)Strickler, Paul Strickler (special friend Molly Nelson) and Patrick Strickler and James(Kathy) Strickler and their children, Travis(Shauna) Strickler, Michele Strickler (special friend Taylor Sanchez) and Katie Strickler. Georgia had one Great Grandchild, Ian Price Schimmelpfenning. Georgia had many nieces, nephews, great nieces and nephews and even great, great nieces and nephews, most from Indiana and Ohio. She will be missed by all of them. As said, “Grandma Georgia,” will be missed by so many friends, neighbors and even the little children she loved so much. Georgia had been active up to the last few months. A member of Memorial Presbyterian Church, Appleton, she had been a Deacon, part of the Friday Group who prepared the bulletins, an avid Bible Study participant, the prayer shawl group and most of all a Covenant Partner for many young people of the church , including her three Grandsons, Chad, Nathan and Lucas. She made many stoles for them to have and keep as they became members of the church. She had also been a long time member of the Presbyterian Church in Camden, Ohio, where she served as an Elder in the church. “Grandma Georgia” loved to read, she could read 4-5 books per week, with her Kindle she read even more. She loved to quilt, and so many babies received her special white blanket for their baptisms. Georgia loved her crossword puzzles and she kept up with them until the very end, trying not to miss a day. Georgia loved to work on her Genealogy, and was an avid Packer fan. She had traveled many places in her life, all over the United States and also made it to Scotland, Ireland and England with the East HS Band. A trip she speaks of so often. She went to the Bahamas on a cruise with family and friends; she loved to be with people. Georgia was born June 30, 1928 and had recently celebrated her 84th birthday. She was a graduate of Stewart High School in 1946, Oxford, Ohio. Her service is to be held at Memorial Presbyterian Church 803 E. College Avenue Appleton with Pastor Mike Goodwin presiding on Sunday, August 19, at 2:30 pm. A visitation will be held at the Church beginning at 1:00.

The family would like to thank Kathy Leonhardt and Dr. Scott Schinschke for their love and compassion during the final weeks of Georgia's life.

Grandma Georgia wanted us all to remember I “loved butterflies, sunflowers, birds, and blackberries…..and you.”