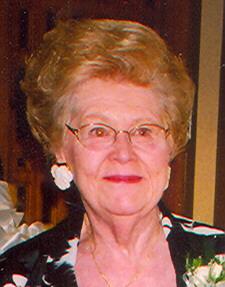 Georgia Helen (Struthers) Gross, age 87, of Appleton, died Tuesday morning, August 28, 2007, following a long illness. She was born September 7, 1919, the only child of Gene and Ruby (Stockmar) Struthers, in Chicago. After graduating from Amundsen High School, she was employed for a short time as an instructor at Madame Ludwig Conservatory of the Dance, specializing in tap and ballroom dancing. Georgia was a model for fashion shows at the Art Institute of Chicago. She also worked for the Federal Reserve Bank of Chicago during WW II. Georgia married Dr. Harold T. Gross, December 30, 1939, in Evanston, IL, and came to Appleton in 1950. They had their first son, Phillip, while living in Milwaukee and their second son, Steven, while living in Appleton. Georgia was an active and life member of the Service Circle of King‚Äôs Daughters, a life member of the Women‚Äôs Auxiliaries of Appleton Medical Center and St. Elizabeth Hospitals, when associated with First United Methodist Church, her women‚Äôs group instituted Salad Day, and she was a ‚ÄúGimbel‚Äôs Girl‚Äù, a young women‚Äôs fashion show for Gimbel‚Äôs. She is survived by her husband, Dr. Harold T. Gross, to whom she was married for 67 years; two sons, Phillip (Donna) Gross, Appleton; Steven Gross, Appleton; four grandchildren, Lara (Gary) Brilowski, Sara (Lance) Saeger, Maggie (Patrick) Garrigan, Eric Gross and his fianc√©e, Cassie Glover; five great grandchildren, Mikaylah Van Lanen, Sean and Daniel Garrigan, Makenzie and Samuel Saeger. Funeral services for Georgia will be held at 11:00 am, Friday, August 31, 2007 at Appleton Highland Memorial Park Chapel, 3131 North Richmond Street, with Reverend John T. Mc Fadden officiating. Entombment will be in the Star of Hope Mausoleum. Friends will be received at the chapel on Friday from 9:00 am, until the time of the service. A memorial fund is being established.