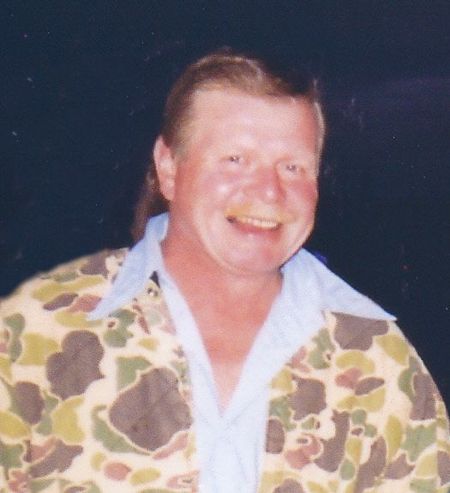 George J. Schuh Jr., age 72, passed away on Monday, August 13, 2012 at St. Elizabeth Hospital. He was born on October 8, 1940 in Appleton, the son of the late George J. Sr. and Margaret (Bauhs) Schuh. He was raised on the family farm and helped his father with farming. George then worked for Behm Motors, which changed names to Van Dyn Hoven, and finally was known as Bergstroms. He worked for all three companies for over 43 years. In his younger years George enjoyed hot rod racing. He was a nature supporter, he loved to plant trees everywhere, and also enjoyed hunting and fishing. George and Sharon loved spending time at their home away from home in Northern Wisconsin.
George is survived by his fiancée of 45 years, Sharon Lemmers, Fremont; his daughter, Jessica (Mark) Kling, Waterford; two granddaughters, Marissa and Lauren Kling; one brother, Glen Schuh, Mountain, WI; one brother-in-law, Bob Brumn, Appleton; and one aunt, Viola. He is survived by Sharon's family: her two brothers, Thomas (Phyllis) Lemmers, Larson and Joseph (Barbara) Lemmers, Medina; her two sisters: Kay (Dave) Woldt, Darboy and Debra (Dick) Hendricks, Hilbert; sister-in-law, Cindy Lemmers, Neenah; George is further survived by many nieces, nephews, cousins and dear friends. He was preceded in death by his son Brian Lemmers, one sister, Carol Brumn, and Sharon's brother Michael Lemmers.
Funeral services for George will be at 7:00 p.m. Thursday, August 16, 2012, at WICHMANN FUNERAL HOME, 537 North Superior Street, Appleton, with Chaplain Jordan Kuczwara officiating. Friends and family may call at the funeral home on Thursday from 4:00 p.m. until the time of services. Interment will be at St. Joseph Catholic Cemetery, Appleton.
The family would like to extend a sincere thank you to the physicians and staff in ICU at St. Elizabeth Hospital for all their care, comfort and support. Thank you also to Dan Willard for all of his help and support that he has given the family through the years.
Online condolences may be expressed at: www.wichmannfargo.com