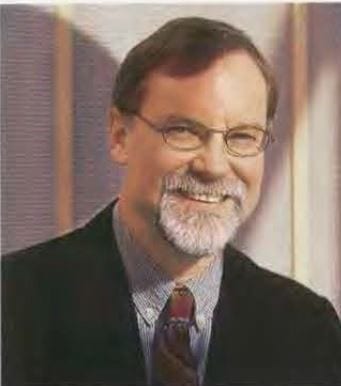 George Richard Saunders, Jr., 74, of Appleton, passed away on September 17th in the comfort of his home with his wife, Bickley Bauer-Saunders, and family around him. Saunders was a Professor of Anthropology at Lawrence University for over twenty years until he was incapacitated in 2001. He was a kind and thoughtful man who won numerous awards for his teaching and scholarship. Much of his life and work were dedicated to teaching students the value of cultural diversity and the importance of helping people in need.

Saunders was born in Perris, California in 1946, to George Richard Saunders and Mary Frances Saunders (Rhyne). He was the third child of six. The family moved to Oceanside, CA, and later to Carlsbad, CA, where he went to high school. He was an All-American football center who later attended Claremont McKenna College on a football scholarship. He married Carol Prout, also of Carlsbad, and the couple spent a year in Venezuela in the Peace Corps. He later earned a Ph.D. in Cultural Anthropology from the University of California—San Diego. Saunders did his dissertation research in Demonte, Italy, where he studied family relationships in an Alpine village. He and Carol had two children, Joshua Saunders of Seattle, WA, and Patrick Saunders, deceased.

At Lawrence, Saunders taught classes in cultural anthropology with an emphasis on language, religion, and Mediterranean Europe. He was the director of collegiate study abroad programs three times—twice in Italy and once in India—and chaired the Anthropology Department for many years. His scholarly work focused on the writings of Italian anthropologist Ernesto De Martino and the growth of Pentacostalism in Italy. His book, Il Linguaggio Dello Spirito: Il Cuore e la Menta nel Protestantismo Evangelico, was published in 2010. In Appleton, he was active in efforts to aid Hmong immigrants and an avid racquetball player.

Saunders married Bickley Bauer of Appleton in 1994, and the couple stayed together until his death. Saunders suffered a serious brain injury in 2001 as a consequence of a brain tumor, and Bickley was his devoted and loving caretaker for nearly twenty years. Though he was intellectually and physically compromised, he retained a strong sense of humor, optimistic disposition, and appreciation for strong flavors in food and drink.

Saunders is survived by his wife, Bickley Bauer-Saunders, and son Joshua Saunders, 46. He also leaves behind Bickley’s son Matthew and daughter Amy (with husband Nick Day), all of whom cared for him extensively after his incapacitation. He is also remembered by ex-wife Carol Saunders, sister Martha Saunders, and brothers Mark (and Kay), Tim (and Robin), and Alan (and Joanne) Saunders, as well as grandchildren George Saunders and Eleanor Mosolf of Seattle and grandchildren by marriage Hailey and Ethan Hetzler and Justin Day.

He was a much-loved man who touched the lives of countless people, and he will be sorely missed.

At the request of the family, no funeral services will be held at this time.