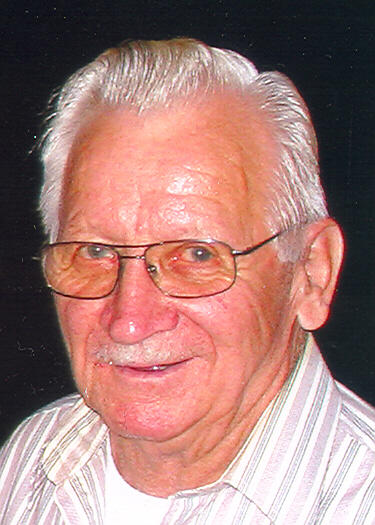 George Parker Wieseler, age 83, passed away peacefully in his home on Saturday, September 11, 2010. He was born in Appleton on July 12, 1927, the son of the late Edward and Ella (Parker) Wieseler. George was stationed in Paris, France while serving in the U.S. Army. After his honorable service, he returned home to marry Jeanne Smith. She precedes him in death. In 1967, George married his second wife, Virginia Munger, she also precedes him in death. He worked for Mid-Con Concrete Products until joining forces with brother Warren to start Wieseler Construction Company. They built many of the roadways in Wisconsin and were responsible for the first College Avenue bridge. George was also employed by Oscar J. Boldt, Pheifer Brothers Construction, Tom Van Handel Excavating and Outagamie County. He was a member of Operating Engineers Local 139. George was always working in his garage rebuilding cars or tractors. He was a kind and generous man who always had a quick wit and smile for others. He will be greatly missed by his family and friends.

In lieu of flowers, the family has asked that donations be made to Fox Valley Humane Society, Appleton.

Funeral Services for George will be held at 12:00 p.m. on Thursday, September 16, 2010 at the WICHMANN FUNERAL HOME, with the Rev. Michael Dismer officiating. Friends will be received at the funeral home from 9:00 a.m. until the time of service. The committal will be held at Highland Memorial Park.