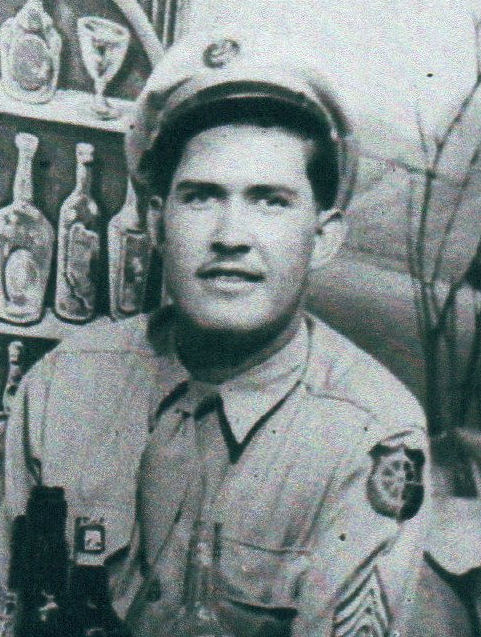 During his younger days he loved to downhill ski and was a member of the Wooden Wings Ski Club in New London which was headquartered at Mosquito Hill, where at the time there was one of the largest ski jump ramps in the Region.

On May 11, 1945 George joined the Army as a Combat Engineer. His leadership skills were immediately put to use as he was given Sargent duties throughout basic training. He trained at Ft. Leonard Wood, Missouri and went to engineer school at Cheyenne, Wyoming.

After graduation he volunteered for “The Army Ship Complement Corp” Which allowed him to travel to the Philippines Islands, France, Africa, Liberia, England and Italy while being tasked to transport replacement troops and prisoners of war. During his time he was assigned to three different ships: Robin Wentley, Dutch Tjisadane, and Louiston Victory, while serving as assistant Sargent Major.

After the war he married the love of his life, Viola “Boots” Tews in 1949.

He is survived by his Wife Viola and four children Dennis (Mary), Debra (Dave) Witt, James (Sandy) and Cindy (Gary) Neuber. George was also blessed with many grandchildren and great- grandchildren. George was an avid car lover and always took pride in his cars.

He also was a woodworker and worked in the wood working industry most of his life, except for a five year stint as a Tavern Owner during the 1960’s and eventually retired after 25 years from Eggers Industries in Neenah Wisconsin.

George had five siblings and was preceded in death by his parents, brothers: Douglas, Thomas, and sisters: Dorothy Priebe, Jackie Taylor and Patricia Flanangan.
The family will be honoring George’s wish that his funeral be a private affair that will include immediate family members only.

Cards or Notes may be sent to his wife Viola O’Brien at Oak Park Place, 2205 Midway Road Apt. 221 Menasha Wisconsin 54952 where she currently resides. Online condolences may be expressed at www.wichmannfargo.com.