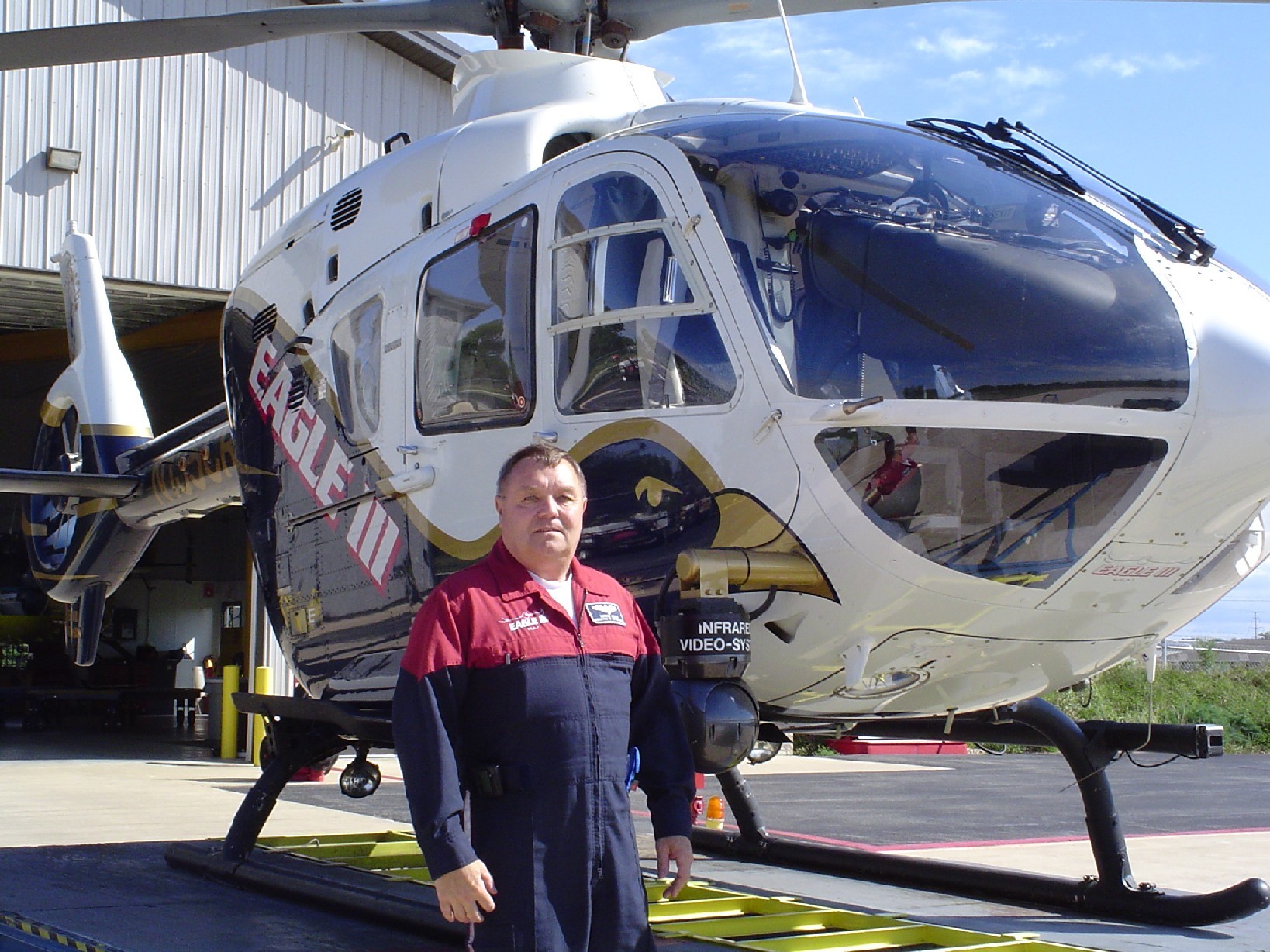 George was born on October 5, 1944 to Hugh and Gertrude (Hotchkiss) Miller in New York. George was a veteran having served in the Marine Corps as a helicopter pilot in Vietnam, earning the Distinguished Flying Cross, three Purple Hearts along with other numerous medals and commendations. After returning from Vietnam he continued as a helicopter pilot, living and working throughout the United States until he joined ThedaStar as one of the original pilots. When he was working for County Rescue he and his crew received the Distinguished Public Service award from the Coast Guard for a heroic rescue in the bay of Green Bay. He was always a very professional pilot and received many awards for his exemplary service.

He married Carolyn Fayas on February 14, 1981. George loved flying but he loved his family even more and he was always involved with his son from being active in the Boy Scouts and Eagle Scouts to helping him rebuild his first car. He was a mentor to all of those close to him from his wife, to his son and his friends. Life with George was always an adventure and after he was diagnosed with pulmonary fibrosis he and Carolyn traveled the country spending months living in Alaska and throughout the country. He was a lifetime member of the VFW, a leader of the Boy Scouts, and a member of the model airplane flying club and the special operations association.

The memorial service for George will be held on Thursday, November 20, 2014 at 1:00 PM at the WICHMANN FUNERAL HOME TRI COUNTY CHAPEL. A time of visitation will be held on Thursday from 11:00 AM until the time of the service at the funeral home. Interment will be in the Riverside Cemetery in the spring. Military Honors will be provided after the service.
Online condolences may be expressed at www.wichmannfargo.com.

A special thank you to Mom, for being a wonderful caregiver to Dad and a shining example of what true love is, Dan

George's family would also like to thank Hospice Affinity Visiting Nurses and special volunteer, Clara for all of their wonderful care.

Memorials may be made in George's name to Affinity Hospice.