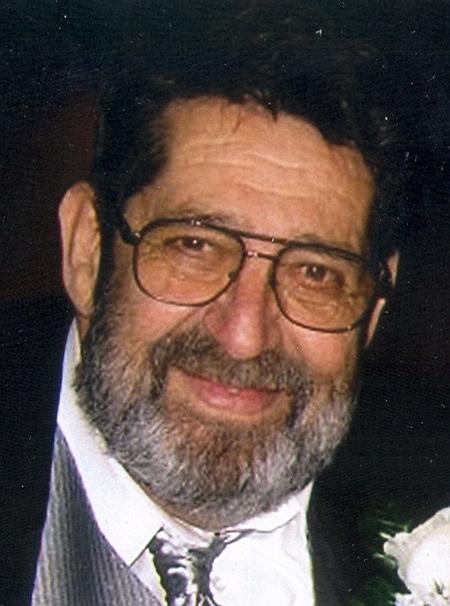 George Melvin Packett with his bride of 50 years by his side, left his earthly home and is now seated in Heavenly places with Jesus Christ after accepting the Lord's invitation to join Him at the supper table on Saturday, February 20, 2010. George was born on January 19, 1939 to Philip and Mary (Sants) Packett in Provincetown, Massachusetts. While serving in the Marine Corp, George pursued and married Nancy June Taplin on February 13th, 1960. With family and friends he recently celebrated the 50th Anniversary with the love of his life, Nancy. George served in the United States Marine Corps from 1958 – 1971 and was honorably discharged. He was a veteran of the Viet Nam War and served as a Military Policeman. He worked for the Menasha Police Department for 2 years and then in the United States Postal Service, which he retired from on October 2nd 1992. He gave over 32 years to governmental service. George was a disabled Veteran and had been victorious over lung cancer. George was a Director of Daybreak Singers from 1980 – 1986 and served as an advisor through 1990. He happily endured a house full of teenagers during those years. He was co-owner of a small business, George and Nancy's Workshop, for 10 years. His hobbies were wood-working, mechanics and family especially time with his Grand children and Great Grand Children. George taught high school religion and a respect life class at St. Joseph Catholic Church. He was a member of St. Joseph's for 37 years. George is survived by his wife Nancy and his children. John (Michele), David (Jeanine), Alena (Brian) Pelky, Cynthia Jungen, Sharon and Karen. His grandchildren, Denielle (Jared), Grant, Tyrone, Andre', Drew, Shane (Stephanie), Blake (Stacia) and Eden (Adam) and his great grandchildren Lylah, Rachelle, Adam John, Jaydin, Landon, and another on the way. He is survived by his siblings Philip, Gene, Judy, Gail, Carol and Donna along with many nieces and nephews and many extended family members. He was preceded in death by his sister Arlene, his nephew, Mims, and parents, Philip and Mary. In a world where family love is scarce we consider ourselves to be blessed that we were given the opportunity to learn love from a man who wasn't perfect, but perfect for us. He loved our mother completely and showed us all what it means to dedicate your life and heart to another. He never forgot to treat her as he had when they had just fallen in love. George was a man of integrity, a man who was not afraid to speak his mind, he loved and protected his family with a passion and extended that love to many over the years. He was a tough marine with a heart of gold. He was a man proud of his Portuguese heritage and passed that down to his children and grandchildren. He taught us to respect and value the military, to love the ocean air and to enjoy a good storm as well as a beautiful day. His example taught us much about our God. Dad, you are greatly loved. Semper Fi! A Funeral Liturgy for George will be held on Wednesday, February 24, 2010 at 4:00 p.m. at ST. JOSEPH CATHOLIC CHURCH, 410 W. Lawrence St., Appleton with Fr. Larry Abler officiating. Family and friends may visit at the church on Wednesday from 2:00 p.m. until the time of the mass. In lieu of flowers a memorial fund has been established.
Adeus, ate logo Pai! See you soon Dad (Papa)!
Wichmann Funeral Home
537 N. Superior St.
Appleton (920)739-1231