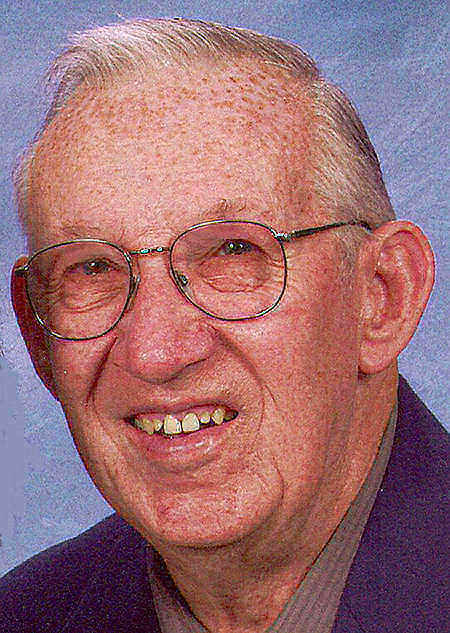 Born to the late Anton and Lucy (Van Dun) Ermers on November 19, 1932, George was the youngest of 12 children. Growing up in Kimberly he enjoyed adventures in and around Sunset Park on the Fox River.

After returning from service in the Navy he found his true love in Erla Mae Koerner and was married June 15, 1957. They celebrated their 50th wedding anniversary in 2007.

He found great enjoyment throughout his life in coaching his son's baseball teams, watching hundreds of baseball, softball, basketball and football games of his grandchildren with Erla and doing all the great things Dads do. His special summer trip for the past 19 years was the family camping vacation at Devils Lake State Park in Wisconsin Dells. The memories he made for his family will be cherished always.

George had a special blessing from the Lord in his life that few knew about. He was blessed with “extra years” (as he called it) after a major heart attack in 1983. He would comment from time to time how he looked at each additional day as a gift and that is how he chose to live. He saw good every where he looked and was enjoying the family time God had given him. He will be remembered by many for his infectious smile, kind heart, his uncanny nature to talk with anyone and everyone he met, his need to pet every dog he came across and his love and trust of the Lord.

George was preceded in death by his parents, brothers Martin, John, Ted, and Tony and his daughter-in-law Cindy.

Dad,
Your love and kindness will live on forever in our hearts. Thank you for loving us, teaching us, protecting us and guiding us to the one who saves- Jesus Christ. We will see you again in Heaven!
Love, your sons.

A special thank you to all the wonderful caregivers at Colony Oaks Care Center who cared for George with love and compassion.

Funeral services for George will be held on Saturday, June 14, 2008, at 7:30 p.m. at the Wichmann Funeral Home, 537 N. Superior Street, with Pastor Wendy Wirth-Brock officiating. Friends may call at the funeral home from 4:00 p.m. until the time of service.

In lieu of flowers, George's family has established a memorial fund.