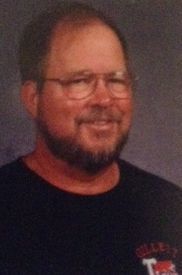 George L. Lehto, age 74, died of congestive heart failure on December 25, 2016, at The Bridges of Appleton. He was born December 7, 1942, at the Portsmouth U.S.N. Hospital in Virginia, the eldest of three children of the late George E. and Lillie (Wasti) Lehto.

George graduated from Clear Lake High School (Wisconsin). He proudly served his country for four years in the U.S. Air Force, being promoted in 1965 to Airman First Class in the 6th Weather Squadron, the only mobile weather unit in the Armed Forces. He was stationed in the Marshall Islands during the Vietnam War. He graduated from UW-Stevens Point and was a member of the 550 Veterans Club. He taught math for 30 years at Gillette High School (Wisconsin) and coached for 28 of those years.

In 2003, George moved to Menasha where he became an active volunteer. In 2008, he received the President's Volunteer Service Award. He served as a math mentor at Appleton East High School and taught Sudoko at the Thompson Community Center. George also helped out at the Boys & Girls Club, United Reading for Success, Horizon School and as a math tutor at Appleton East. In addition, he worked with Pop Warner Football, Plamann Park, ARC, Fox Cities/Menasha bowling and Octoberfest. He served the community through the RSVP (Retired Senior Volunteer Program) program, was a member of Faith Lutheran in Appleton, and a long-time member of the American Legion.

George was an avid reader and shared his many books and audio books with family and friends. He particularly enjoyed solving Sudoku puzzles.

He was a life-long sports fan, attending local high school, college and Timber Rattler games. As an avid Packer Fan he attended the 1965 NFL World Championship in Lambeau and really was at the 1967 Ice Bowl. Over the years he was in the stands for almost 200 games. He completed several triathlons including an Iron Man race (26.2 mile run, 112 mile bike and 2.4 mile swim). He participated in many bike trips all over Wisconsin and the RAGBRAI in Iowa.

A memorial service will be held at 11 am, Saturday, January 7, 2017 at Wichmann Funeral Home–Tri-County Chapel, 1592 Oneida Street, Menasha. The family will receive relatives and friends directly at the chapel from 10:00 AM until the hour of the service. Interment in the spring will be next to his parents in Wisconsin Veteran's Memorial Cemetery, King, Wisconsin. Online condolences may be offered at www.wichmannfargo.com