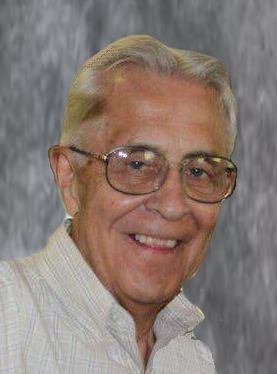 George Andrews, age 89 of Appleton, passed away peacefully on June 14, 2017 at Rennes Care and Rehab in Appleton. George was born October 8, 1927 in Appleton, son of the late Steven and Eleonora (Szasz) Andrews. On July 8, 1950, he married Audrey Belongia in New Jersey, and together the couple has shared sixty-six wonderful years together. George served in the United States Navy during World War II, and was honorably discharged in 1947. He worked at Thilmany Pulp and Paper in Kaukauna for over forty years, retiring in 1989. In his retirement, he took up woodworking, and made rocking chairs for his grandchildren, along with bookshelves, benches, gun cabinets, and other furniture items. Everyone loved his work. Some of his favorite times were spent with his family, children, and grandchildren.

He was preceded in death by his parents, a great-grandchild Donald Young IV, eleven brothers and sisters, a sister-in-law, and a brother-in-law

George's family would like to extend their thanks to their many neighbors and friends, especially Dan and Mary Ann Wierschke, who offered their support and kindness in the Pearson area, as well as the angels at Rennes and ThedaCare at Home in Appleton. We will always remember your love, care, and compassion.