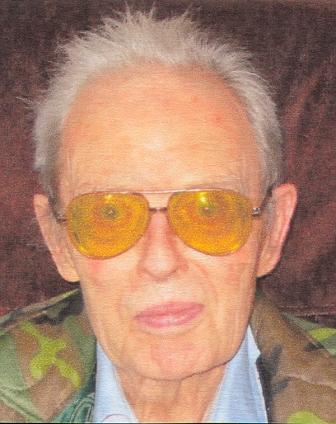 George K. Ayers, of Greenville, died on Sunday, July 13, 2008, at Appleton Medical Center. George was born on December 16, 1918, in Broken Bow, Nebraska, to the late George and Susie (Kauffman) Ayers. He married Arlene Hawkins on 1943; she preceded him in death on September 15, 1971. George was an FBI agent for 25 years, retiring in 1972. Following his retirement from the FBI he was a Police Science Instructor at Fox Valley Technical Institute for 13 years. Survivors include his children, Gerald Joe (Jane) Ayers, Corning, New York; Robert Ayers, Pound, Wisconsin; Ruth Ann (Kevin) Eichinger, Greenville; and his sister, Helen Ruth (Glenn) Wagner, Lincoln, Nebraska. He is further survived by his three grandchildren, Adam Ayers, and Lindsey and Kole Eichinger. Jim was preceded in death by his son, George K. Ayers. Private services were held. Interment will be in Woodlawn Cemetery, Allouez, Wisconsin.
WICHMANN FUNERAL HOME
537 North Superior Street
Appleton 920-739-1231
www.wichmannfuneralhome.com