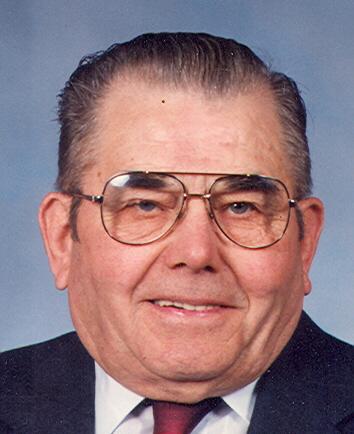 In January of 1942 he enlisted in the Air Force for four years, serving a year in Africa and 1 ¬Ω years in Italy. He served at Camp Grant, Illinois, Jefferson Barricks in Missouri, Williams Air Force Field in Texas and Camp Shanks in New York. George was honorably discharged as a Sergeant.

He married Dolores B. Sasnowski on October 21, 1950 in Freedom. George and Dolores retired from farming in 1985. He was a member of Immanuel United Church of Christ, Kaukauna.

The funeral service for George will be held at 1:30 pm on Wednesday, November 16, 2005 at FARGO FUNERAL HOME with Rev. Melinda L. Feller officiating. Interment will take place at Highland Memorial Park. Friends may call on Wednesday at the funeral home from 10:30 am until the time of service.

Many thanks to the doctors, nurses and aids at Appleton Memorial Hospital and Parkside Care Center, Little Chute for the compassion and care they gave to George.