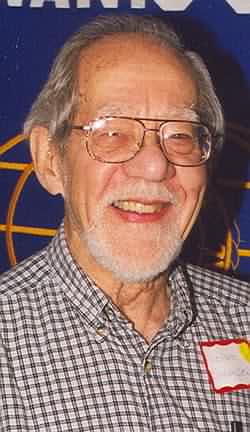 Age 89, died December 1, 2005, with his family at his side. He was born July 8, 1916, to the late Harvey Saunders and Sarah (Eastman) Saunders, in Manistique, Michigan. He graduated from Michigan Technological University in 1939. He was a chemical engineer, lab superintendent, project manager and business manager for Kimberly-Clark Corporation from 1940 to 1977. He was a member of the Kiwanis Club and president of the Rotary Club. In retirement he enjoyed photography, trout fishing, downhill and cross-country skiing, metal sculpting, and many trips to the family cabin. He devoted himself to religious, human service and social justice concerns: as a Eucharistic Minister to the Appleton Medical Center for 25 years, founder and chair of the Human Concerns Committee at St. Thomas More Parish, and as a member of the Project Home Advisory Board of the Salvation Army, the Board of the Salvation Army, the Justice and Peace Committee of the Green Bay Diocese, the Bishop‚Äôs Synod for Community, the Task Force for Emergency Shelter, and the Housing Partnership of the Fox Cities. He helped organize the Noon Hour Philosophers at Trinity Lutheran Church. He was given the Gaudium et Spes Award from the Catholic Diocese of Green Bay and the Project Home Fire Station Award from the Salvation Army. For more than 30 years, he attended a weekly bible study group at Monte Alverno Retreat Center.

The funeral liturgy will be at 4:00 PM on Monday, December 5, 2005, at ST. THOMAS MORE CATHOLIC CHURCH, 1810 N. McDonald St., Appleton, with Fr. Gerald Falk officiating. Friends will be received at the church from 2:00 PM until the time of the liturgy. Burial will be at 10:00 AM on Tuesday, December 6, at St. Joseph Cemetery, Appleton. In lieu of flowers, please make donations to the Saunders Family Future Fund for Social Change. Checks can be made to the Community Foundation for the Fox Valley Region, care of the Saunders Family Fund.

George will be remembered for his courage, boundless enthusiasm, big heartedness, and never-ending passion for social justice. He was nourished by nature and nourished all he knew.