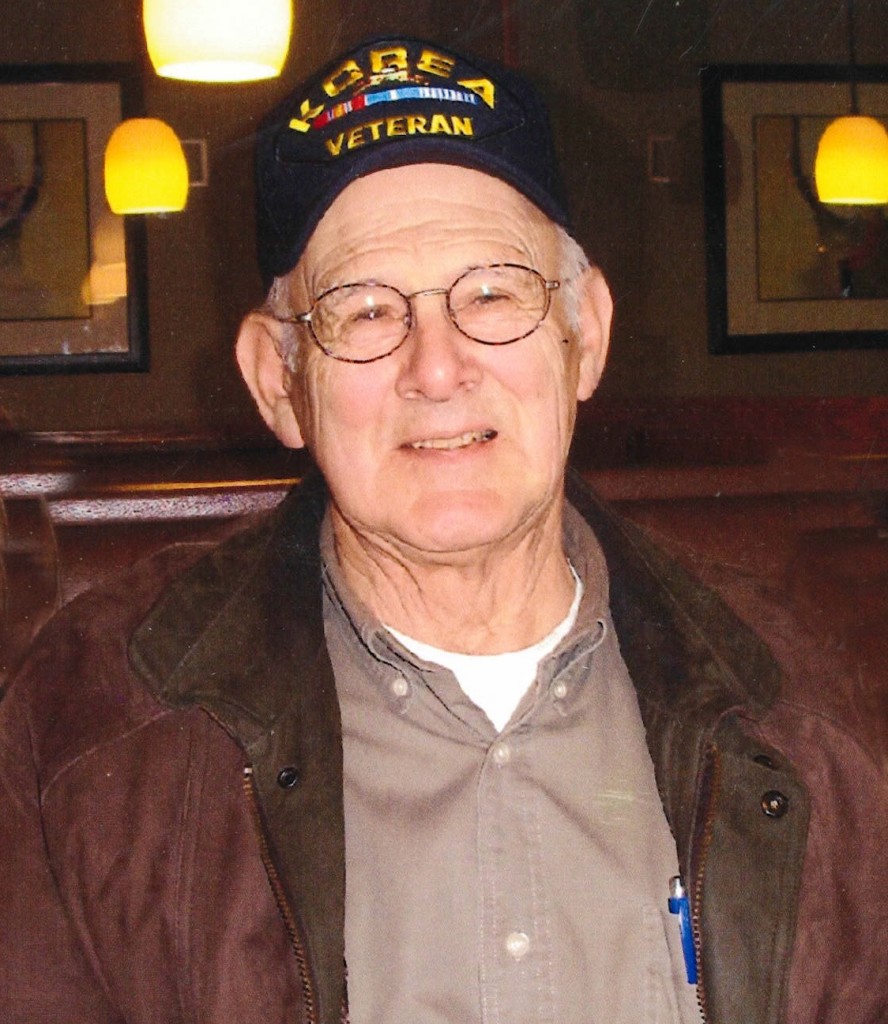 George was born Jan 28, 1929 in Roberts County South Dakota, to the late George and Nellie Geurts

He graduated from Wrightstown high school and went on to serve in the US Army during the Korean War. He was honorably discharged in 1953 and went on to earn a technical trade degree from MSOE. George retired from AstenJohnson in 1993, where he worked in Electrical Maintenance for 37 years. George was a member of St. John/St Mary Catholic parish in Menasha.

George led an active life which included building the family’s home in Menasha Wi, as well as the family cottage in Crandon WI. He had a love for hunting and fishing and was always working on something. He could always be relied on to lend a hand and would do so with a smile. In later years he took great pride in his grandchildren and great-grandchildren.

In addition to his wife Maryann, George is survived by his sons Greg and his wife Tracy, Paul and his wife Lynn, and Daughter Beth Demler and her husband Travis.
George was blessed with 5 grandchildren; Alivia and Gannon Demler, Amanda (Jeske) and John Geurts, and Jordan Stache, as well as 3 great grandchildren; Melody, Madelyn, and Megara (Mitchell and Amanda Jeske).

He was also preceded in death by two brothers, Florent and John, and 5 sisters; Marie Buzanowski, Honoret Bretthauer, Theresa Kozlowski, Eileen Foth, Ursula Rutten.
The funeral liturgy for George will be held at 11:30 AM on Thursday, June 13, 2019 at St. Mary Catholic Church (528 Second St., Menasha) with Rev. Paul Paider officiating. Visitation will be held from 10:00 AM until the time of service.

The family would like to thank Thedacare @Home nurse Lisa and Thedacare Hospice, Humana Nurse Cindy, and all the staff at Prairie Homes in Menasha. You took such wonderful care of George and it gave the family great comfort. A special thanks to his nephew Pat Foth, who was there when needed.

Most of all, the Geurts children would like to thank Mom, who made it possible for Dad to remain at home for as long as possible. This meant a lot to him and us.