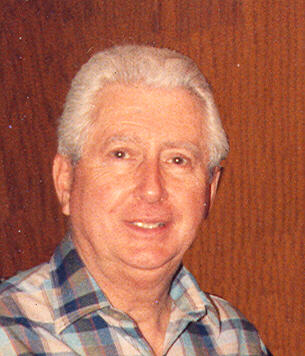 George Moore, 86, passed away on Thursday, September 16, 2010 at the Appleton Health Care Center.

George was born November 9th, 1923 in Antigo, WI . Son of Dr. George E. Moore Sr. and Louise Kroll Moore. He graduated from Antigo High School in 1941 and enrolled at the University of Wisconsin-Madison where in two years he obtained a zoology major as part of his pre-med curriculum. George joined the Beta Theta Pi fraternity and held multiple offices throughout his college career. When World WII broke out he received a deferment for pre-med, but deferred and enlisted in the US Navy in a special force called the Armed Guard who were the gunners and communication sailors aboard merchant ships that supplied the allies in Europe with war supplies (North Atlantic convoy duty). When the war ended in Europe he was sent to Oceanside, CA where he received training in beach battalion tactics and underwater demolition. His battalion was with-in 2 weeks of invading Japan when the Pacific war ended. He re-entered the University of Wisconsin on the GI bill and joined the Business School. He graduated in 1949 with majors in Insurance, Finance, French and Zoology. He moved back to Antigo and became an insurance agent. After 5 years he joined Home Mutual Insurance Company, now SECURA. He spent 35 years at SECURA and retired as Vice President of Marketing and Sales.

His hobbies included traveling, hunting, fishing, watching sports on TV and being with friends and families. He also enjoyed meeting new people and telling jokes. He was a member of the First Congregation Church in Appleton, American Legion, University of Wisconsin Alumni Association, charter member of the University of Wisconsin Insurance Society and various other insurance societies and associations. He was proud to belong to the USN Armed Guard WWII Veterans Association and the Patrol Craft Sailors Association where he attended the annual conventions regularly.

A funeral service for George will be held on Tuesday, September 21, 2010 at the FIRST CONGREGATIONAL UNITED CHURCH OF CHRIST (724 E. South River St.) at 11:00 AM with Rev. Jane Anderson officiating. Burial will be in the Highland Memorial Park with Military rites accorded at the grave. Friends may call on Tuesday, September 21, 2010 from 10:00 AM until the time of the services at the Church. A special thank you to dear friends John and Patty Harvey, and a thank you to the staff at Appleton Health Center. Memorials may be made to the Salvation Army.