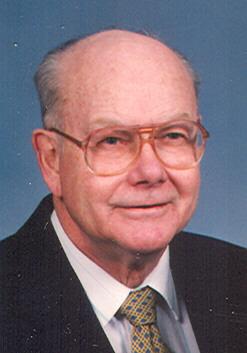 Age 82, died at Franciscan Care Center on Monday, November 26, 2007. He was born on March 2, 1925 in Macomb, Illinois, son of the late Daniel and Laura (Andrews) Cousins. On October 18, 1952 he married Jane G. Crandell in Chicago, IL. He served in World War II with the 26th (Yankee) Division in France, Germany, Czechoslovakia, and Austria and was awarded the Bronze Star and Army Commendation Medal. He was employed with the Burlington Northern Railroad, St. Paul, MN; and predecessor company Chicago, Burlington and Quincy Railroad, in Chicago, for 34 years, retiring in December, 1981. He was an active member and former trustee of the Emmanuel United Methodist Church, Appleton; also Veterans of Foreign Wars, Harvey Pierre Post 2778, Appleton; and the Yankee Division Veterans Assn. He did volunteer work with the Appleton Medical Center, Lifeline, Salvation Army and Meals on Wheels. He was a regular blood donor, having donated over ten gallons in St. Paul, MN and Appleton.

George is survived by his wife of 55 years, Jane; son, Ken (Jane E.) Cousins of Appleton; grandchildren: Laura and Luke Cousins, both of Appleton; brother, Leonard (Bonnie) Cousins of Norridge, IL; and sisters-in-law: Bea and Pat Cousins. He was preceded in death by his parents; son, James Brian Cousins; and brothers: John Robert, James Gilbert and Ronald Lee Cousins.

The funeral service will be at 11:00 a.m. on Wednesday, November 28, 2007 at Emmanuel United Methodist Church, 740 E. College Ave., Appleton, with Rev. Mark Geisthardt and Rev. Lynn K. Kollath officiating. Friends will be received at the church from 9:00 a.m. until the time of the service. A military honor service will be performed after the funeral. Burial will be in Appleton Highland Memorial Park, Veterans Section.

The family expresses a special thank you to the staff at Franciscan Care Center for the five years of their compassion and care given to George.

A memorial fund in George‚Äôs name is being established for Emmanuel United Methodist Church, and for the Wisconsin Parkinson Association, 945 N. 12th St., Suite 4602, Milwaukee, WI 53233.