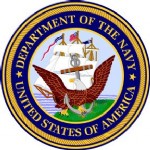 George C. Webster, Sr., age 89, entered into his final rest on Thursday, August 5, 2010, due to complications from a stroke. George was born June 14, 1921 in Buckner, Illinois, the son of George and Annie (Tregoning) Webster. George was very proud to be a first generation American, born of parents both of whom emigrated to the United States from the United Kingdom in the early 1900's and who were naturalized United States citizens.

After high school graduation, George began his first career by working underground for the Old Ben Coal Company of Buckner, Illinois, as a hand loader and block layer until he enlisted in the Navy in September of 1942. During the war, George served in the Naval submarine service in Manitowoc, Wisconsin, and then in the Pacific Theatre aboard the communications ship, USS Teton. While stationed in Manitowoc, he helped train the crews who were to man the many submarines that were built in the Manitowoc shipyards. While serving on the Teton, he participated in several battles in the Pacific Theatre of Operations including the battles of the Philippines and Okinawa. The USS Teton was only the fourth ship to enter Japan after the bombing of Hiroshima and Nagasaki. The Teton was also anchored near the USS Missouri during the signing of the World War II peace documents, a proud piece of history George witnessed from the deck of the USS Teton. His service during World War II totaled three years, two months, and fifteen days, and he rose to the rank of Petty Officer First Class. His years of military service continued to be a source of pride to George, and he maintained his membership in the American Legion for over sixty years.

While in the submarine service in Manitowoc, Wisconsin, he met and married his wife, Nadine (Nelson) Webster. They were married on November 25, 1943.

After his World War II service was completed in 1945, George returned to the coal mines in southern Illinois, again working for Old Ben Coal Company. In 1950 he moved his family to Manitowoc, Wisconsin, where he began a second career in the grocery industry. George spent the next twenty-three years in the grocery business throughout the Midwest, managing grocery operations for both A & P and National Food Stores, including stores in Manitowoc, Green Bay, Appleton, Sheboygan, Wausau, and Neenah, Wisconsin, Ishpeming, Michigan, Cape Girardeau, Missouri, and Carbondale, Illinois.

In 1973 George left the grocery industry and again re-entered the southern Illinois coal mining industry, again working for Old Ben Coal, this time as a repairman at the repair shop in West Frankfort, Illinois. George retired from Old Ben Coal Company in August of 1983, with a total of over twenty-two years of lifetime service without ever having a lost time accident.

After retirement, George and Nadine lived in Marion, Illinois, where they enjoyed playing lots of golf, traveling around the United States to visit friends and family, to visit with former Navy buddies, as well as playing pinochle and cribbage with friends and family. Although he estimated he played tens of thousands of hands of cribbage, George was always disappointed that he did not ever get to hold a perfect hand.

For many years after retirement, George and Nadine often visited the Mesa and Chandler, Arizona area in the winter months to get out of the Midwestern cold temperatures. There, George was a member of Calvary Lutheran Church. In 2005, they decided to make Mesa their permanent home. Due to health issues, they returned to live in Appleton, Wisconsin, in the spring of 2010.

George was an avid Green Bay Packer fan, having been a season ticket holder at City Stadium and Lambeau Field for over fifty years. Besides football, George also enjoyed watching and participating in baseball and softball games and was a dedicated Chicago Cubs and St. Louis Cardinals fan. George was always a thoughtful neighbor and someone who could be counted on to help with any project, and to assist friends and neighbors whenever they needed help.

Funeral arrangements will be announced here as soon as they have been completed.

The family has requested that in lieu of sending flowers, memorial contributions can be made in George's name to the general building fund at Calvary Ev. Lutheran Church, 1270 N. Dobson Road, Chandler, Arizona, 85224.