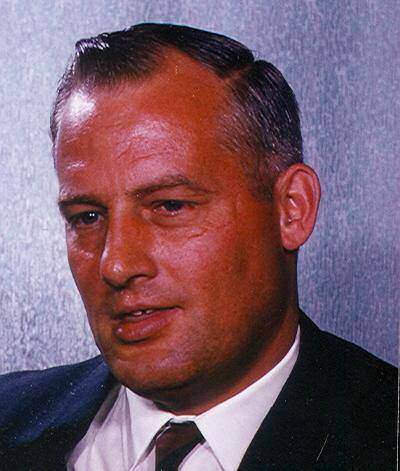 George C. Laux, Sr., age 77, of Appleton, died on Wednesday, November 30, 2005, after a lengthy and courageous battle with his illness. George was born on November 29, 1928, in Clintonville, to the late Joseph and Adeline (Buelow) Laux. He married Luella Van Voorhis on February 16, 1957, in Clintonville. George proudly served his country in the United States Marine Corps, stationed in China. During his time in the Marines he enjoyed boxing. He later worked for several years for the Pittsburgh Steamship Division of U.S. Steel on iron ore carriers. George then worked for Foremost Foods as a maintenance man for 28 years and then retired from Wayne Feeds after 8 years. He enjoyed hunting, fishing (particularly grouse hunting with his many pointers) and camping. George is survived by his wife of 48 years, Luella; his sons, George Jr, of Appleton, and Donald, of Little Chute; his daughter, Linda (Steve) Fafnis, Appleton; his special grandson, Kyle Fafnis, Appleton; his sister, Patricia Laux, Neenah; and many nieces and nephews. He was preceded in death by his brothers Don, Joseph and Tom Laux. The Funeral Liturgy will be at 6:00 p.m. on Friday, December 2, 2005, at SACRED HEART CATHOLIC CHURCH, 222. East Fremont Street, Appleton, with Fr. Robert Karuhn officiating. Friends may call directly at the church on Friday from 3:00 p.m. until the time of services. Interment will be in Graceland Cemetery in Clintonville. The family would like to extend a sincere thank you to the staff at Franciscan Care Center, the staff at AMC Fourth Floor, Dr. Janelle Cooper, Fr. Norman Krutzik, Sister Ruth and Sister Garetti; and Fox Valley Hospice for their loving care. In lieu of flowers a memorial has been established to benefit the Ahlzheimers Association.