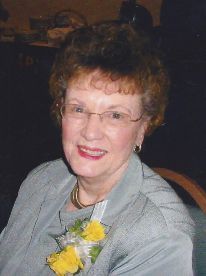 Georganne Heath passed away peacefully with her family by her side on Tuesday, September 8, 2015. She was born on February 18, 1924, to Norman and Bernice (Chesterson) Knaub in Springfield, Missouri.
She graduated from Roosevelt High School in Monticello, Indiana and International Business College in Ft. Wayne, Indiana. Georganne married Harold R. Heath on January 21, 1945 in Rensselaer, Indiana. The Heritage Woods in Appleton has been her home for the past ten years. She leaves many friends behind. Her biggest joy was clothes, especially shoes. However, most important to her was the love she had for her family.
Georganne is survived by her daughters: Cheryl (Jack) Knorr of Menasha, Wisconsin, Linda (Dr. Fred) Ruefer of Muskogee, Oklahoma, Janet (Scott) Schwanke, Deerfield, Illinois; her son, Harold R. Heath Jr., Grand Junction, Colorado; her 10 grandchildren: David Knorr, Key Biscayne, Florida; Christine Knorr, Madison, Wisconsin; Sara Livingston, Tulsa, Oklahoma; Ben Ruefer, Tulsa, Oklahoma; Allison Roberts, Dallas, Texas; Beth Schwanke, Washington, DC; Lauren Schwanke, Deerfield, Illinois; Jessica Knoeber, Platteville, Colorado; Stacey Heath, Grand Junction, Colorado; Nicholas Heath, Seattle, Washington; and 15 great-grandchildren.
She was preceded in death by her loving husband, Harold; her brother, Richard Knaub of Boulder, Colorado; and a sister Norma Schauer of Denver Colorado.
Georganne will be laid to rest next to her childhood love and husband, Harold, in Davenport, Iowa. The family will gather for a private Memorial Service later this fall. Those wishing to remember Georganne can contribute to their favorite charity or to St. John's United Methodist Church in Davenport, Iowa. Georganne always believed in helping those less fortunate than herself.