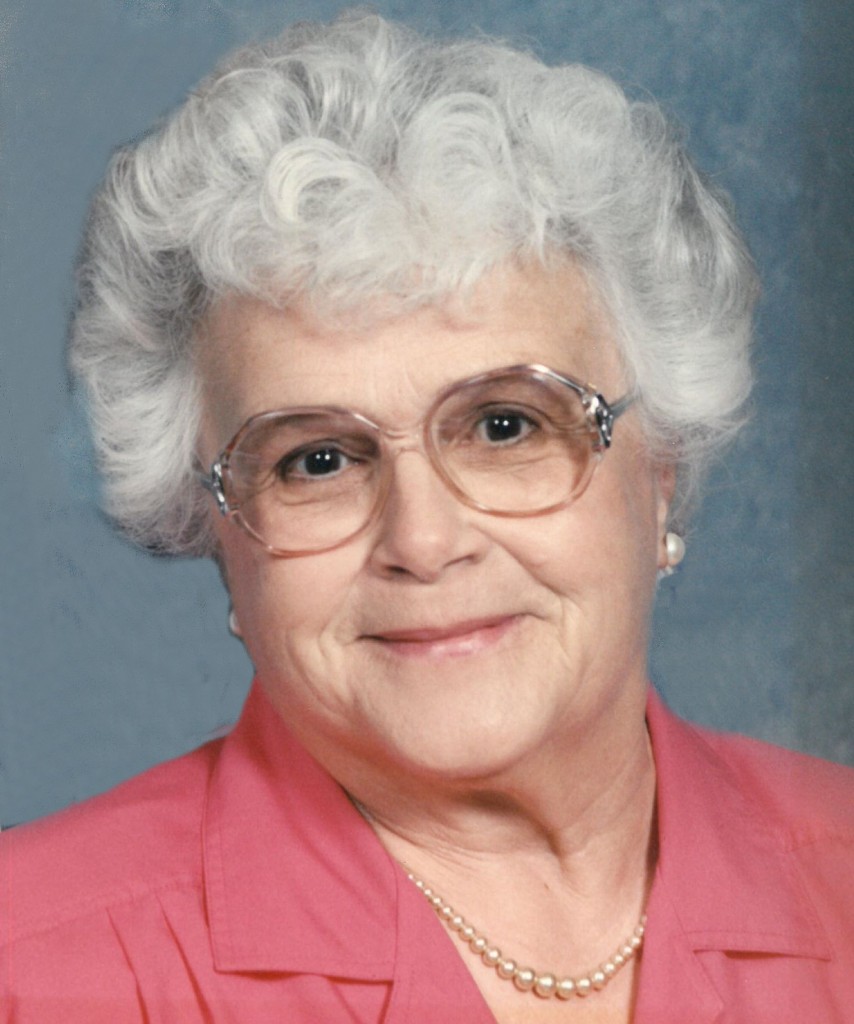 On All Saints’ Day, November 1, 2017, God chose the perfect day to call Gen Wentzel to the saints of heaven at the age of 94. Gen was born in Cranmoor, Wisconsin on May 2, 1923, daughter of the late Nickalous and Rose (Kundert) Wirtz. She was a graduate of Wisconsin Rapids Lincoln High School, and graduated from the Mercy Hospital School of Nursing of Oshkosh. On November 27, 1947, she married Roy Wentzel at St. Joachim Catholic Church in Pittsville. After completing nursing school, she worked at Mercy Hospital in Oshkosh for one year before spending the next eighteen years caring for and nurturing her growing family. Later, she returned to nursing and was employed as a Registered Nurse at the Kaukauna Community Hospital, where she cared for countless mothers and newborn children until her retirement. Gen enjoyed quilting, sewing, dancing, fishing, gardening, and even downhill skiing until the age of 82! Her greatest joys came from spending time with her treasured family - children, grandchildren, great-grandchildren, and great-great-grandchildren.

The funeral liturgy for Genevieve will be held at 11:00 AM on Monday, November 6, 2017 at HOLY CROSS CATHOLIC CHURCH, 309 Desnoyer Street in Kaukauna, with Msgr. Jim Vanden Hogen officiating. Friends and family are invited to gather at the church on Monday morning from 9:00 AM until the time of the service.

lieu of flowers, contributions may be made to the Genevieve Wentzel Nursing Scholarship Fund at the Kaukauna High School.

The family would like to extend their sincere gratitude to everyone at St. Paul Elder Services and St. Paul Hospice for the love, care, and compassion that was shown to our entire family. We will never forget your kindness.