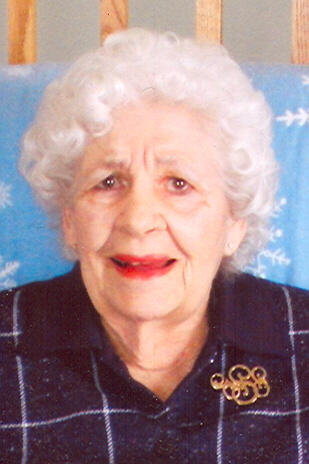 Age 87, passed away, surrounded by her family at Cherry Meadows Hospice on Wednesday, February 23, 2011. She was born in Appleton on September 24, 1923 the daughter of the late Harvey and Della (Radtke) Rath. Gen was united in marriage to Allyn Seemann on September 8, 1945 at St. Paul Lutheran Church, Appleton. Gen was a homemaker who had four children. She sewed and crocheted, and loved to play sheepshead and cribbage. She was an avid bowler and worked at many of the bowling tournaments in the Appleton area. Gen worked for the Fox Cities Foxes baseball team for many years, retiring when the Timber Rattlers were established. She was a big fan of the Cubs, Brewers, and of course, the Packers. She went to her first Brewers game at the age of 85. She lived in Appleton all of her life until she moved in with her daughter, Marcee, at the age of 84 after her husband and son-in-law passed away.

Gen is survived by her children: Sharon (Barry) Moore of Amelia Island, FL, Marcee Bogan of Kaukauna, Robert (fiancée, Sharon Zastrow) Seemann of Wild Rose; daughter-in-law, Sherry Seemann of Candler, NC; aunt, Eunice Schroeder of Appleton; grandchildren: Chris (Jenni) Bogan, Maggie (John) Bogan Ostrowski, Julie O'Conner, Craig (Jessica) Seemann, and Brittany Nielsen; three great-grandchildren: Haley O'Conner, Dayden and Corbin Seemann; and many other nieces, nephews and cousins. She was preceded in death by husband, Allyn Seemann after 61 years of marriage; son, Jeff Seemann, who prior to his diagnosis of Leukemia, would come with his wife, Sherry, to visit most weekends to visit and help out; sister, Evelyn Zuleger; brother, Roland Rath; sister-in-law, Jenny Rath; and her much loved son-in-law, Dan Bogan, who during his three years of cancer, helped Al and Gen every day, and play cards with them.

From the start of 2007, Gen encountered many medical problems and always managed to overcome them, but couldn't overcome this last assault to her body, and wanted to go to Heaven and be with her family.

The family would like to thank the staff at Cherry Meadows for their care and support. Also, a very heartfelt thank you to Kathy Bogan for helping Gen during these last four years, for without her help, Gen would not have been able to stay in her own home, where she wanted to be.

In lieu of flowers, a memorial fund in Gen's name is being established.

“We all love you and will miss you.” Marcee, Sharon, and Robert.