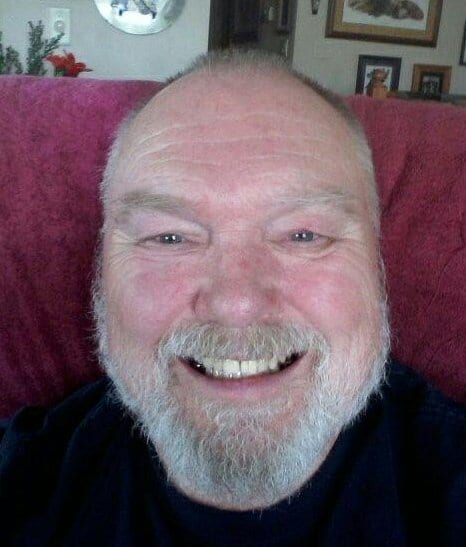 Gene L. Sipple, 76, of Black Creek, Wisconsin passed away peacefully at ThedaCare Regional Medical Center in Appleton at 7:57 PM on July 12, 2020 with his son and daughter by his side. Gene fought a warrior’s battle with numerous health challenges over the last few months before passing and did so with conviction of decision, courage, and on his terms. The love and caring support of his wife Linda was invaluable during Gene’s end of life health battles.

Gene was a patriot who served with distinction in the Army and National Guard in both the Infantry and Military Police for 18 years, achieving the rank of Staff Sergeant, before his honorable discharge. Gene was also a public servant who dedicated the vast majority of his life to law enforcement serving for over 30 years as a Police Officer and Detective with the Outagamie County Sheriff’s Department. Gene received specialized training in the Military and with the Sheriff’s Department and was proud to serve on the Sheriff’s Department SWAT Team and as an Arson Investigator. In retirement Gene was an Investigator with Contractor Compliance for 10 years and also spent time working in the automotive industry, an industry he carried a passion for during adulthood.

Gene cared deeply and passionately for his family and friends, a fact that those closest to him knew without question. Gene was a physically imposing man and athlete (weightlifting, track, and football) in his younger days who even into his late sixties and early seventies displayed feats of strength those half his age were not capable of. His father always said “Gene’s strong like bull”. Despite his physically imposing exterior he had a soft spot and deep love for animals and was a pack leader to many dogs he welcomed into his homes throughout his lifetime with numerous cats also becoming part of his pack. Gene’s passion for animals was undeniable and one he shared deeply with his wife Linda.

Gene had an incredibly quick wit and derived great pleasure from making people around him laugh, antics deeply rooted by the comic influences of the Three Stooges and Abbott and Costello, and maintained his sense of humor through his final days. Those he cared about most deeply often received appropriately timed “one liners”, creative nicknames, or were the brunt of his jokes and loving harassment. Gene loved the old movies and westerns from his childhood and young adulthood and preferred watching these over any modern era show or movie. Gene enjoyed attending auctions and the lure of the surprise, investigation, and pursuit of antiques or items he could get a “deal” on.

Wichmann Funeral home located at 537 North Superior Street in Appleton, WI will have an in person service on July 21, 2020 from 11 AM –Noon with visitation from 9 AM- 11 AM. Immediate family can attend the 1 PM grave side burial of Gene’s cremains when they are laid to rest with his mother Audrey at the Dale Union Cemetery located at 9121 Wisconsin Ave, Hortonville, WI.   The family encourages those unable to attend the services in person to go to the Wichmann Funeral Home website (https://wichmannfuneralhomes.com) and live stream the services via the Internet or watch the recorded service. Please wear a mask and practice good COVID hygiene to help protect the health of all those in attendance.

The family thanks the ThedaCare Regional Medical Center Appleton Nurses, Doctors, and staff for their professionalism, selflessness, support, and care given from the bottom of our hearts. Your care made Gene’s transition into death as peaceful and comfortable as possible. Thank you.

The family has set up a Memorial Fund and asks that any gifts be made in the form of donation to NEW PAWSibilities Animal Rescue, 2300 Algoma Blvd., Oshkosh, WI, 54901. www.newpawsibilities.com