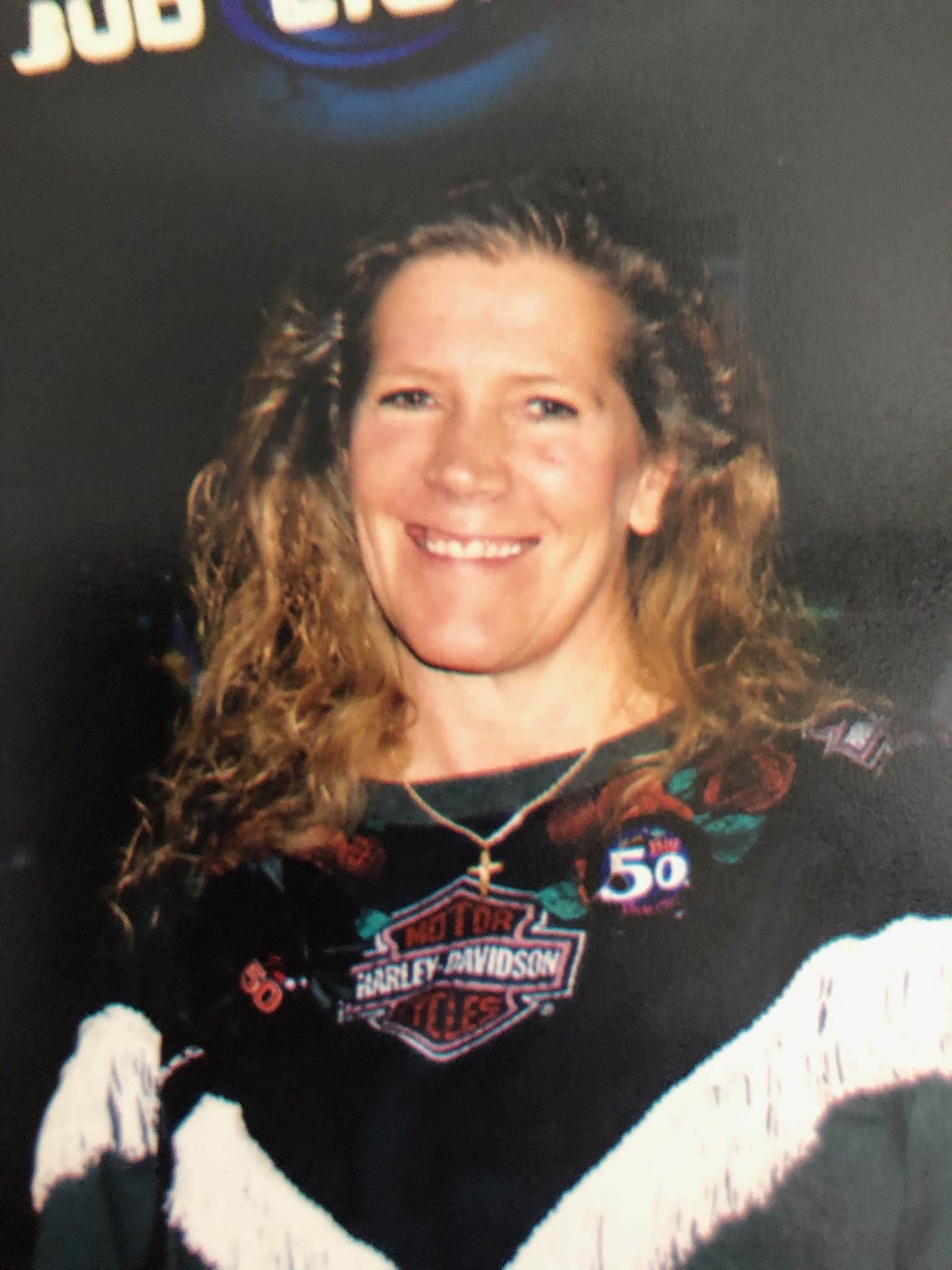 Gayle June Bodoh
January 20, 1957 - January 29, 2021
Print
Email
Service
Wichmann Tri County Chapel
3212 S. Oneida Street
Appleton, WI 54915
920-831-9905 |
Due to the Covid-19 pandemic, Gayle's services will be private.
Gayle June (Eichinger) Bodoh passed away on Friday January 29 from Dementia/Alzheimers Disease with her sisters by her side.
Gayle was born on January 20 1957 in Appleton WI to Robert and Audrey (Young) Eichinger.
Gayle was preceded in death by her father Robert Eichinger, her Mother Audrey Eichinger. Bruce Eichinger and Robert (Bobby) Eichinger. Brother-in-Law Ralph Kaufman. Nephews David R. Eichinger and Nicholas Eichinger and her Great Niece Madeline Iverson.
She is survived by her family – Linda Eichinger and Jean (John) Chapman,  Paul Eichinger,
Diane Eichinger Kaufman and Donna (Craig) Wunderlich.  Mark (Sue) Eichinger and Tom (Colette) Eichinger, Kay (Terry) Hermus and Gary Eichinger.
27 Nieces and nephews and numerous Great Nieces and Nephews.
Gayle graduated from Appleton East High School in 1975. She worked at One Hour Martinizing in Appleton after which she worked as a Bartender for over 27 years at the Paradise Club in Appleton.For a short period of time she cared for a young boy with Downs Syndrome.
In 2013 Gayle moved to Texas to live with sister Jean and brother-in-law John Chapman. In 2014 they moved back to their farm in Manawa. Gayle loved the farm life with all the animals and helped care for the Horses, Cows, Pigs and Chickens along with her precious Cocker Spaniel Sara.
Gayle loved riding on the back of a Harley, buggy rides, music, especially the blues and watching the Eagles fly by. She also enjoyed growing house plants, going for walks and Sunsets.
Gayle was a precious, kind loving soul and always looked for the good in people.
On September 1st 2020 Gayle was moved to Monarch Meadows Assisted living Facility in New London where she received kind loving care until her end of life.
Special Thanks and deepest gratitude to the staff at Monarch Meadows, Heartland Hospice for all their kindness and support and Community Care in Waupaca for all your help through out the years.
May God Bless you all.
Our dear beautiful sweet and loving Gayle we will miss you and will look for you sitting on the crescent moon and skipping on the clouds.
A private service will be held.
Psalm 3418
God is close to the broken hearted
He saves those who are crushed in spirit