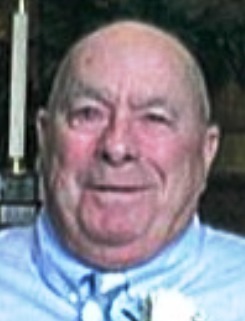 Gary L. Westerman, age 77, of Appleton, Wisconsin, passed away on Wednesday, March 27, 2019 in Appleton surrounded by his loving family. He was born on January 23, 1942 to the late John and Viola Westerman in Mankato, MN. After attending Seymour High School, he was united in marriage to Cathy Birling on June 23, 1962 at St. John Catholic Church in Seymour and raised 5 children together. Gary worked as a home builder and land developer until his retirement in 1984.

Gary was a fantastic husband, father and grandpa. In his spare time, he enjoyed fishing, playing sheephead, hunting, time on the lake and being an armchair quarterback for the Green Bay Packers and Bayport Pirates. More than anything, Pa enjoyed spending time with his family, especially his grandchildren and great-grandchildren.

In lieu of flowers, a memorial donation will be donated to Gary’s favorite charities.

Gary’s family would like to extend a special thank you to the doctors and nurses of St. Elizabeth Hospital and the Ascension Richmond St. Clinic.