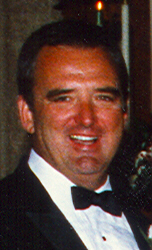 Age 70, formerly of Appleton, passed away at St. Elizabeth Hospital in Appleton on Tuesday, February 14, 2012. He was born in Menominee, MI on July 4, 1941 the son of the late Raymond and Ila (Parcels) Lemery. On August 24, 1963 he married Mary Walsh at Grace Lutheran Church in Green Bay. Gary graduated from Green Bay West High School in 1959 and earned a Bachelors Degree in Education and his Masters Degree in Administration from U.W. Oshkosh. He began his 34 year career with the Appleton Area School District teaching sixth grade at Franklin Elementary School. He then became assistant principal at Einstein Jr. High. His final 10 years were as the principal of Columbus Elementary School. He retired in 1998. It goes without saying that he was a Packers and Badgers fan. Gary loved being on the water in the summer, snowmobiling in the winter, and traveling during retirement. He was an extraordinary grillmaster in all seasons. He was a talented musician and known for his perfect pitch. Gary had the uncanny gift of being able to play any song on many instruments. But his first love was the piano. Gary will be remembered for being a wonderful mentor to so many.

“Hope there's a piano in Heaven.”