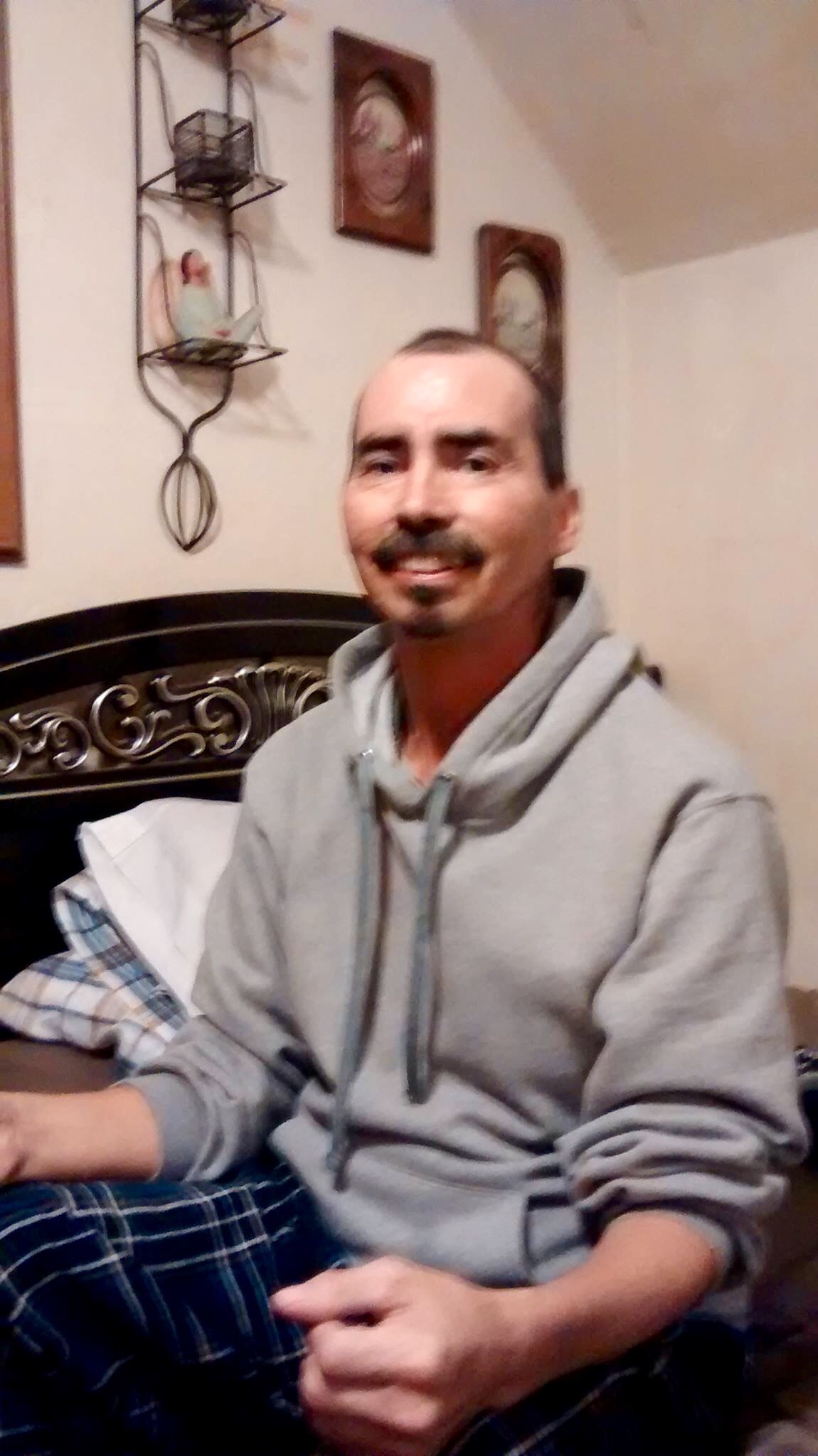 Gary Lee Champeau, 49, passed away on Thursday, April 7, 2016 at St. Elizabeth Hospital after an eight month struggle with cancer.

Gary was born on January 14, 1967 to Richard Champeau Sr and Sandra Dunphy in Glendale, California. Gary enjoyed spending time in the outdoors, fishing, hunting and hiking. He enjoyed being creative and playing his guitar. Gary had two cats that were very important to him. He was family oriented and especially loved family gatherings on holidays.

Gary is survived by his siblings; Angela Reynolds, Richard Jr., Michael, and Denise Champeau, his nieces and nephews; James and Jeb Lorenz, Ashley Reynolds, Mariah Sagataw, Ricky and Teri Smith, and Xena Champeau, his step mother, Donna Champeau, two step sisters; Tracy and Dawn and a step brother, Paul, other relatives and friends. Gary was preceded in death by his parents and a great niece Mae.

The memorial service for Gary will be held on Monday, April 11, 2016 at 3:00 PM at the WICHMANN FUNERAL HOME, TRI COUNTY CHAPEL, 1592 Oneida St., Menasha with Rev. Paul Holte officiating. A time of visitation will be held on Monday from 1:00 PM until the time of the service at the funeral home.