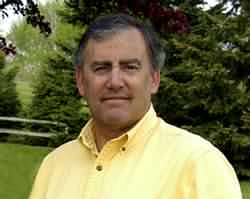 Age 51, passed away unexpectedly bicycle riding on Tuesday, June 17, 2003. He was born to Dr. Harold and Catherine (Flood) Armstrong on August 8, 1951 in Great Lakes, Illinois. On January 8, 1977, he married Barbara Leavitt in Danville, Indiana.

Gary was a man of many interests. His educational background included an Associate Degree (with honors) from Layton School of Art in Photography. Additionally, his BA degree was awarded from UW ‚Äì Whitewater in Finance and Accounting. He graduated with an MBA from UW ‚Äì Oshkosh.

Gary‚Äôs employment in the Fox Valley was in Trust Services at various financial institutions in the area. These included Thrivent Financial, Bank One, and First National Bank ‚Äì Appleton.

Gary‚Äôs hobbies were diverse and interesting. He was especially interested in photography and was recently cited as a nationally-recognized award-winning photographer by the United States Environmental Protection Agency (EPA). Additionally, he enjoyed bicycling, automobiles, and was self-taught in many areas of computers. He was artistic and lived life to the fullest.

He was a devoted husband and father to wife Barbara and sons Joseph (special friend Emily Stuewer) and Patrick (Greenville). He will be missed by his immediate family, and his extended family: father Harold (Fremont); brothers Larry (wife Sharon) and son Jon (New Berlin); Hal (wife Fran) and daughters Katie and Liz (Neenah). Gary is additionally survived by other numerous relatives and friends. He is united in heaven with his mother Catherine (Kay) Armstrong.