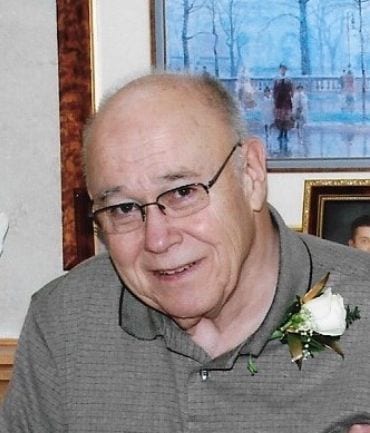 Gary H. Malchow, 83, passed away peacefully on Saturday, July 11, 2020. He was born on June 4, 1937, in Manistique, MI, the son of Earl and Irene (Wager) Malchow. Gary attended Neenah High School, and then enlisted in the U.S. Air Force. He was honorably discharged in 1959 after serving as a mechanic and spending time in Korea. Gary was united in marriage to Bernice “Beanie” Viotto on November 7, 1959, at St. Mary’s Catholic Church, Menasha, and she preceded him in death on January 20, 2018. After marriage, the couple lived in Menasha and other neighboring cities, while wintering in Mesa, AZ after retirement. They enjoyed 58 years together, raised 5 children, and spent time with their 3 grandchildren and 8 great grandchildren.

Gary worked for Banta Corporation for 18 years, and Palisades Heating and Cooling for 5 years. He retired early in 1994, due to a diving accident in 1982.

In addition to his parents and wife, Gary was further preceded in death by his brothers: Don and Ken Malchow; brothers- and sister-in-law: Jim and Gene Viotto, and Mary Paalman; and a nephew: Gary Paalman.

Gary’s family would like to extend a heartfelt thank you to the staff at Emerald Ridge Assisted Living for the wonderful care they provided to our Dad during the 4 month quarantine, when we were unable to visit.

Private graveside services will take place at a later date. Gary will be laid to rest with his beloved Beanie at Resthaven Cemetery, Menasha.

Dad, Grandpa, Great Grandpa, you will be loved and missed until we see you again.