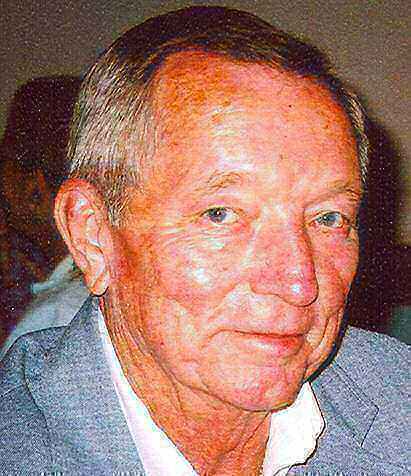 Gary D. Donelson, age 72, of Appleton, died Monday morning, 26 March 2007, at his home, with his loving wife by his side. He was born December 19, 1934, to the late Toy and Fern (Wilson) Donelson, in Christopher, IL. On October 7, 1989 he married Katherine and they enjoyed 17 wonderful years together. Gary graduated from Christopher Community High School in 1952. He worked for Egypt News Company as a truck driver until 1958 when he was drafted into the United States Army, which he enjoyed so much he decided to make it his career. He served with the US Army for 30 years retiring in 1988 as the Command Sergeant Major of the United States Army Berlin. He served 26 years in Germany, two tours in Vietnam and one tour in the United States. He was a graduate of the United States Army Sergeants Major Academy and was member of the Oney Johnston ‚Äì Edward Blessman American Legion Post # 38, Appleton. Gary enjoyed boating, fishing, hunting, golf, RVing and spending time with family. He is survived by his wife, Katherine; two sons, Gary Lynn Donelson, Mulkeytown, IL; Richard (Jennifer) Donelson, Porter, IN; a daughter, Carolyn (Jon) Holman, Killeen, TX; two step-daughters, Dawn (Robert) Davis-Spector, Waldorf, MD; Kiley Davis, Sterling Heights, MI; two grandsons, Casey Donelson, Mulkeytown, IL; Alec Donelson, Porter, IL; one granddaughter, Samantha Jo Donelson, Mulkeytown, IL. One step-granddaughter, Amber McCannon, Porter, IN; a step-grandson, Steven Spector, Waldorf, MD; two brothers, Tery (Jackie) Donelson, Atwater, CA; Richard (Sally) Donelson, Grosse Ile, MI; a sister-in-law, Suzanne (John) Leathersich, Middleton, WI; a brother-in-law, Frank Walker, Appleton; also many nieces and nephews and cousins. He was preceded in death by his parents and a sister, Loretta Metcalf. Funeral services for Gary will be held at 1:00 pm, Thursday, March 29, 2007 at the funeral home, with Chaplain Douglas V. Hedman officiating. Interment will be in Appleton Highland Memorial Park. Friends may call at the funeral home on Thursday from 11:00 am until the time of the service.

The family would like to thank the ThedaCare Hospice and ThedaCare at Home Nursing. Their services have been a great comfort. We would also like to thank the Cleveland Clinic for giving Gary another chance on life. Gary will be greatly missed by his family and friends.