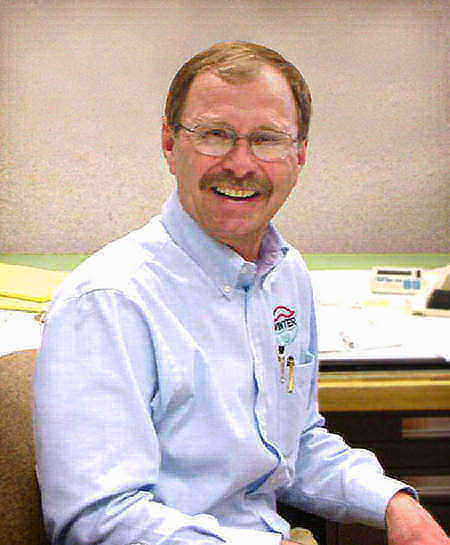 Age 60, passed away on Thursday, July 24, 2008 at Cherry Meadows with his family by his side, after a one year battle with ALS (Lou Gehrig's Disease). Gary was born on August 20, 1947 in Columbus, Ohio. He graduated from Oshkosh High School in 1965. He then attended UW Oshkosh before being drafted into the U.S. Army in December of 1966. He was a Drill Sergeant at Fort Leonard Wood, Missouri before serving in Vietnam. After being honorably discharged in November of 1968, he was married to Mary Kay Kampo on April 26, 1969. Gary started working for August Winter and Sons in January of 1970 as a plumbers' apprentice and retired as Executive Vice President in October of 2007, due to his illness. During his employment, he held master plumber licenses in various states. He served on local and state plumbing apprenticeship committees. He was past president of the Wisconsin Association of Plumbing, Heating and Cooling Contractors, being named WAPHCC Contractor of the Year in 1997. He served on the Board of Directors of the Mechanical Contractors Association of Wisconsin and was named the MCA Contractor of the Year in 2007. Gary enjoyed golfing, fishing, hunting, snowmobiling and traveling in his RV. He also enjoyed spending time with family and friends at the cottage in Three Lakes, WI. In May of 2007, he began building his dream home on a golf course green in Hot Springs Village, Arkansas. The home was completed in January of 2008, and he enjoyed the time he had there. Gary was also looking forward to the birth of his first grandchild, due in September.

A Funeral Mass will be held at 11 a.m. on Monday, July 28, 2008 at Ss. Peter and Paul Catholic Church, 105 N. Olk St., Hortonville, with Fr. David Funk and Fr. Jim Feely concelebrating. A gathering and celebration of Gary's life will be held on Sunday from 2-6 p.m. at the Wichmann Funeral Home, 537 N. Superior St., Appleton. Friends may also call at the church on Monday from 10 a.m. until the time of service. There will be a prayer service held at 5:30 p.m. on Sunday at the funeral home. In lieu of flowers a memorial fund will be established.

The family would like to thank the staff at Cherry Meadows for the tender care given to Gary during his stay.

To My Sweetheart,
No one can take away our 43 years together. We experienced life to its fullest.

No one can take away the meshing of our souls, our thoughts, our goals, our ideals, our legacy.

Because of you, I have grown. I have become a stronger person. I am a kinder person. My love for mankind has become greater because of my love for you.

I am grateful for our time on earth together, and I am looking forward to our time in Heaven together.

Until then you are forever in my heart.

To My Favorite Dad,
Your strength and your courage have been an inspiration to me and so many others these past few months. Your love and guidance have made me the person I am today, and for that, I am so grateful. I cannot put into words how much I love you and how proud I am to be your daughter. You are truly one of my heroes, Dad.

Love you forever,
Your Favorite Daughter