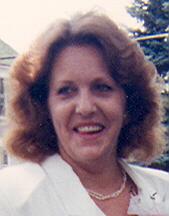 Gail Rieskamp, age 48 years, died Wednesday, April 12, 2006. She was born July 17, 1957 in Neenah the daughter of the late Kenneth and Lorraine (Sharpley) Luckow. Gail graduated from Menasha High School in 1975. On July 17, 1992 Gail married Keith Rieskamp in Appleton. She was most recently employed at Jack‚Äôs Pizza. Gail enjoyed the eight years on the nursing staff at Oakridge Gardens.

The memorial service for Gail will be held at 4:00 pm on Saturday, April 15, 2006 at WICHMANN FUNERAL HOME TRI-COUNTY CHAPEL. Friends may call at the Funeral Home on Saturday from 2:00 pm until the time of service. In lieu of flowers, a memorial has been established.