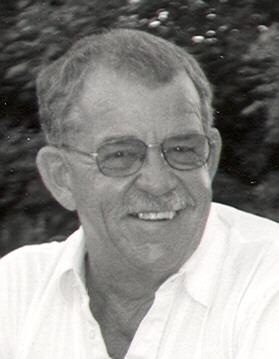 Loving father, grandfather, uncle and friend died peacefully in his home on Wednesday, June 9, 2004 surrounded by his family following a six-month battle with cancer. He was born on December 21, 1933 to Roy and Florence (Jansen)Schuler and was the first of three children. He is preceded in death by his parents, brother, Tim and adoptive father, Eddie Frieders.

After proudly serving his country as a marine in the Korean War he returned to Appleton to marry Marge Allen and they were blessed with seven children. Fritz was an avid outdoorsman who also enjoyed playing softball, tennis, horseshoes and golf. He was a lifelong fan of the Packers and Cubs. Fritz had a zest for life and a twinkle in his eye that was evident to all. His positive outlook could be seen in his sense of humor and the way he lived life to the fullest. Fritz never met a stranger because everyone was a friend.

A Memorial Mass will take place on Saturday, June 12, 2004 at 12:00 Noon at ST. MARY CATHOLIC CHURCH, 312 S. State Street in Appleton with Fr. Donald Zuleger officiating. Visitation will be held from 9:00 AM until 11:30 AM on Saturday at the WICHMANN FUNERAL HOME. William Verhagen Post #60 of the Kimberly American Legion will provide military honors after the mass at church. A memorial fund is being established.

The family extends its deepest appreciation for the support and compassion shown by Theda Care Hospice especially Mary O'Brien.