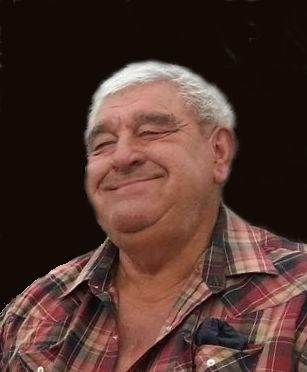 Fredrick “Fred” C. Arno, age 80, of Neenah, passed away on Wednesday, September 1, 2016. He was born on May 26, 1936 in Menasha to the late Fredrick J. and Lydia (Kopiske) Arno. Fred's family relocated to Wittenberg where he eventually met his high school sweetheart, Beverly Stai. Fred graduated from the Wittenberg High School in 1956 and later that same year in October Fred married Beverly. They first lived in Menasha for close to ten years before making their final move to Neenah, where they lived and raised their family for the past forty-nine years. Fred and Beverly were blessed with two children, Todd and Tina.
Fred retired from Georgia Pacific/James River Corp. in the summer of 1998 after forty-two years of hard work. Fred was a “good old Wisconsin boy”, he enjoyed hunting, fishing, camping and loved his Green Bay Packers. He was also talented at wood carving, until his hands wouldn't allow him to do so anymore.
He is survived by his loving wife, Beverly; two children, Todd(Sally) Arno and Tina (Tim Kluever) Zeegers; five grandchildren, Kira (Donny) Gillett, Corey (Jared) Jungwirth, Shannon Arno, Joshua Zeegers and Kristin (Zachary) Uvaas and two great-grandchildren, Talan and Zoe Uvaas. Fred is further survived by three sisters-in-law, Shirley (Gene) Dobbe, Carla (Gene) Douglass and Loralee Schmidt, as well as many nieces, nephews and other relatives.
In addition to his parents he was preceded in death by his two brothers, Lawrence and Waldo Arno.
In following Fred's wishes there will not be a formal memorial service. Services will be private. Online condolences can be offered at www.wichmannfargo.com.