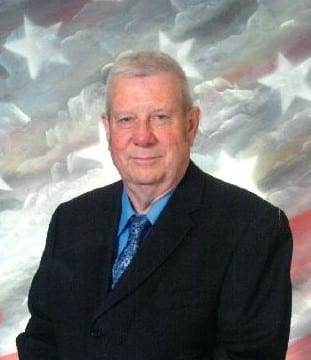 Frederick V. McCrory, 83, died on Thursday, February 27, 2020. He was born on November 30, 1936, to the late George and Veronica (Muttart) McCrory, in Appleton. Fred attended Appleton High School. He enlisted in the United States Marine Corps in 1952 was deployed to the Korean and Vietnam conflict. He retired as a E7 (Gunnery Sgt) with an honorable discharge in 1972, once a Marine always a Marine. He was a member of the local VFW Post 2778, where he held the numerous positions. He was united in marriage to Barbara Heinz on October 24, 1974, at St. Patrick Catholic Church, in Menasha. Fred retired from Milwaukee Engine and Equipment, in Kaukauna, after 27 years as a Mechanic. He liked to keep busy with odd jobs at The Free Market, small engine repair, collecting items of interest, and driving for Saturn car company. Fred enjoyed interacting with people and was a very social person, he could talk to anyone at any time. He was a generous man. Fred also took joy in fishing for bass at any body of water most notably the Little Wolf River.

A funeral service will be held at 6:00 PM on Thursday, March 5, 2020, at the WICHMANN FUNERAL HOME, 537 N. Superior St., Appleton. Family and friends may visit at the funeral home from 4:00 PM until the time of the service. Burial will take place at 10:00 AM on Friday, March 6, 2020, at Highland Memorial Park, Appleton, with full military honors conducted by the active duty members of the United States Marine Corps and the local VFW Post 2778.