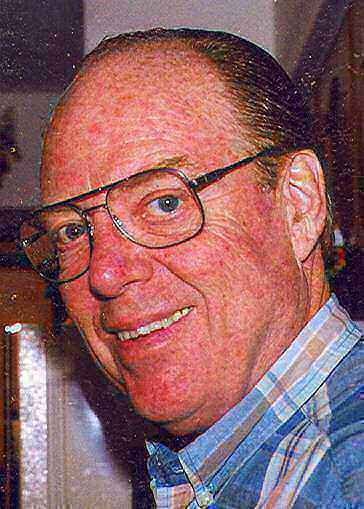 Age 66, passed away at his home of a heart attack on Sunday, August 22, 2004. He was born in Chicago on June 20, 1938, son of the late Frederick and Margaret (Cowdrey) Blumers. He earned a degree in engineering at the Steven's Institute of Technology in 1960 and an M.B.A. at Northwestern University in 1962. He served in the United States Army until 1964. Fred was employed by Kimberly Clark as a paper salesman until his retirement from Repap in 2000. His passions were family, Harley-Davidson Motorcycles and playing the banjo. Fred lived in and loved every moment of his life. He marveled at the smallest wonders of nature to the goodness he found in every person. God gave him to the earth to bring joy and acts of kindness to everyone he encountered in his day.

Fred is survived by his wife, Marcia Krater. He was formerly married to Sandra Reuter and together they had three children: Heidi (Rich) Keith of Minneapolis, Jennifer (George) Gabera of Arrowhead, CA, and Fritz (Gwen) Blumers of Appleton. He is further survived by Marcia's children: John Blondin, Denise Morency, Mary Blondin, James (Margery) Blondin of Combined Locks, Anne Milkes, and Liz Gusdorff. Grandad loved his 20 grandchildren; his sister, Peggy (Frank) Johnson of Edina, MN; his two nieces, and other loving family members.

The funeral service will be at 5:30 p.m. on Thursday, August 26, 2004 at FIRST CONGREGATIONAL UNITED CHURCH OF CHRIST, 724 East South River Street, Appleton, with Pastor Jane Weeden officiating. Friends will be received at the church from 3:30 p.m. until the time of the service.

In lieu of flowers, memorials will be distributed to Fred's favorite charities.

"And when you wish to remember me, do it with a kind deed or word to someone who needs you. If you do so, I will live forever."