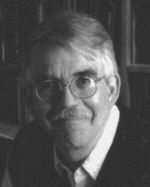 Frederick Gaines, age 72, died early on Monday morning, April 19, 2010 at his home, surrounded by his family. He was born August 28, 1937 in Lincoln, Nebraska to Stephen and Coleata Gaines. He graduated from high school in Grand Island, Nebraska. Fred also served in the U.S. Marine Corps, stationed in Japan.

On May 27, 1961, Fred married Judith Lindgren. He graduated from the University of Nebraska and continued his education with graduate degrees in Theatre from the University of Nebraska and the University of Manchester in England with a PhD from the University of Minnesota. He was writer in residence at the Children's Theatre in Minneapolis and later freelanced as a playwright, residing with his family in rural Somerset, Wisconsin. His early plays were produced in many theaters in Minneapolis and his “House of Leather” was moved to the Ellen Stewart Theatre in New York. In 1977, Fred joined the faculty at Lawrence University, teaching and directing in the Theatre Department until his retirement in 2000. He also continued as a playwright and has had plays produced in many professional theaters across this country as well as several in Europe. He received many fellowships in playwriting including a Fullbright, a McKnight, a Eugene O'Neill and a Guggenheim. He received a National Endowment for the Arts Award and a Wisconsin Arts Award in Playwriting and held the Barber Professorship in Theatre and Drama at Lawrence. He was named to the Grand Island High School Hall of Honor and received the Outstanding Alumni Achievement Award from the University of Nebraska College of Fine and Performing Arts.

After retirement from Lawrence, Fred enjoyed teaching at the Renaissance School for the Arts in Appleton as well as frequent collaboration with many individuals in productions and writing workshops at the Oneida Reservation. He found great satisfaction working with men and women at the Outagamie County Jail as a writing teacher through Volunteers in Offender Services, work which continued for eight years. His dedication was recognized by the Mielke Family Foundation with the Paul and Elaine Groth Volunteer Award in 2008.

Fred is survived by his wife Judy, and their four children:

Sam Gaines and his wife Ange;

Jennifer Gaines Bates and her husband Tracy (children Lillian and Charlie), all of Appleton.

He is further survived by his brothers: Gary (Marty) Gaines of Colorado Springs, Colorado and Steve (Sharon) Gaines of Lincoln, Nebraska; two brothers-in-law: Carroll Lucht and Bill (Donna) Lindgren; and a sister-in-law, Pat Wissel. He was preceded in death by his parents, his parents-in-law, his sister, Gretchen Lucht and brother-in-law, Robert Wissel.

Time with grandchildren and fishing with Sam have been among his greatest joys, along with exchanges of e-mails with former students and colleagues who have given him so much love, especially in these last months. He was a beloved husband, father, grandfather, teacher and friend. He will be missed.

Judy and Fred wish to express a loving thank you to the Theda Care Oncology Staff and Theda Care at Home Hospice for their caring service and friendship.

A memorial for friends and family will be held at 11:00 AM on Saturday, April 24, 2010 at CLOAK THEATRE inside The Lawrence University Music Drama Center at 420 East College Avenue, with Rev. Dr. Charles Valenti – Hein officiating. The family has requested that memorials be sent to Lawrence University or to Doctors Without Borders/Haiti.