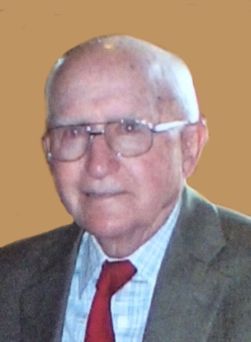 Fred Kingsley Barribeau, 96, of Kaukauna, passed away at the St. Paul Hospice on the afternoon of March 9, 2014. Fred was born in Goodman, on June 27, 1917, son of the late Alfred and Beatrice (Lemay) Barribeau. He is survived by his wife of 73 years Beverly (Twite) Barribeau, his son David (Carrie) Barribeau of Shawano, his daughter Susan Barribeau of Madison, his sister Elizabeth Barribeau, O.P of Sinsinawa, and his brothers James (Rose) Barribeau of Brillion and William (Charlotte) Barribeau of Sherwood.

Fred was preceded in death by his daughter Jane Dietzler and his brother Donald (Otha) Barribeau.

Fred was a graduate of Goodman High School. He earned a Bachelor's degree from the University of Wisconsin – LaCrosse in 1940 and a Masters degree from Northern Michigan University in 1963.

Fred's lifelong career as an educator and coach began in 1940 with his first professional job at Goodman High School teaching science and coaching boxing. In 1943 he accepted a job at Kaukauna High School to teach physical education and science, and to coach boxing and track. He loved coaching, especially boxing, however he also coached varsity basketball, football, baseball, track and cross country. Fred never forgot a detail of the many contests he coached, and he enjoyed visits with many of his former athletes throughout his life. He loved to talk with his former students and hear about their lives and families. Fred and his wife Bev shared a love of sports, playing tennis and golf throughout their lives together.

Fred was at Kaukauna High School for thirty six years as a teacher, a coach and, from 1960 on as the guidance director. In his work there he touched many lives, instilling his students with his competitive spirit and inspiring them. This is what he loved most.

Fred was all of these things: a husband, a father, a brother, an athlete, a sportsman, a coach, a teacher, a mentor, a counselor, a raconteur – and he did it all with his inimitable sense of humor. He loved music and played the trumpet in his younger years in small and large bands. He was a reader and also a wonderful letter-writer.

Fred was very proud of his partnership with his wife Bev. Together with her he enjoyed a retirement with summers in northeastern Wisconsin and winters traveling to Arizona or Florida and many trips to spend time with friends and family. He loved the northwoods and the lakes of Wisconsin and he knew where all the good berry patches were.

The funeral liturgy for Fred will be held at 11:00 am on Thursday, March 13, 2014 at HOLY CROSS CATHOLIC CHURCH, 309 Desnoyer Street in Kaukauna. Fr. Tom Pomeroy and Fr. Jack Mullarkey will be officiating. Interment will take place in the parish cemetery. A time of visitation will be held on Thursday at the church from 9:30 am until the time of mass. In lieu of flowers, memorials to the Kaukauna Alumni Association are appreciated. Online condolences can be offered at www.wichmannfargo.com.

Fred will be missed enormously by his family and friends.

The Barribeau family wishes to especially thank the St Paul Hospice caregivers and nursing staff for their kindness, dedication and wonderful care.