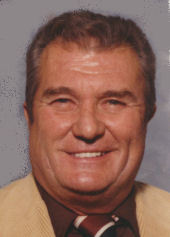 Franklin G. Taff, age 85, of Appleton, passed away peacefully with his family by his side on Monday morning, June 29, 2015. He was born on March 11, 1930 in Iron Mountain, Michigan, to the late Franklin and Helen (Maudo) Taff. Frank served in the United States Air Force from 1946 until 1950, and on February 10, 1967, Frank married the love of his life Kathleen Stanchina. He enjoyed the outdoors – his favorite quarries were ducks, deer, and fish. Frank looked forward to the camping trips with his family and the fishing trips to Canada. His passion was building World War II model airplanes, especially B-29 and P-51 models.

The funeral service for Frank will be held at 4:30 PM on Thursday, July 2, 2015 at WICHMANN FUNERAL HOME DOWNTOWN CHAPEL, 537 N. Superior Street, with Deacon Rick Simon officiating. Friends may call at the funeral home on Thursday afternoon from 3:00 PM until the time of the service. Entombment will take place at Highland Memorial Park with full military honors. In lieu of flowers, a memorial fund has been established. Online condolences can be offered at www.wichmannfargo.com.