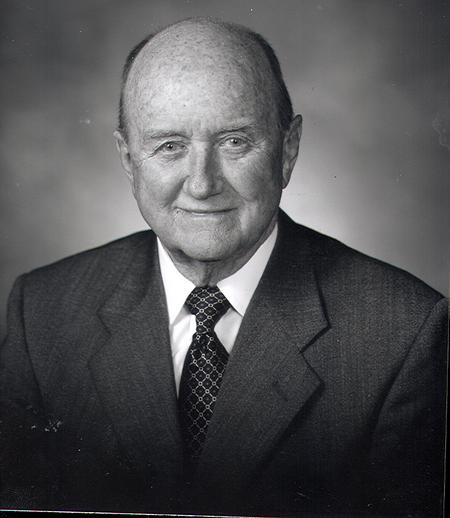 Frank Wright M.D.
Appleton
Age 85, passed away on Friday November 23, 2007, at Rennes Health Care Center after a lengthy illness. Dr. Wright was born on July 5, 1922 in Rural Bloomington McLean County, Illinois, son of the late Frank and Ruth (Bramwell) Wright. He attended public schools and graduated from University High School, Normal, Illinois in 1940. He then attended Illinois Wesleyan University from 1941-1943 and DePauw University, Greencastle, Indiana from 1943-1944. He graduated from the University of Illinois with a B.S. and M.D. in 1950. Dr. Wright served in the United States Naval Reserve from 1942 until 1946, and attained the rank of USNR (jg). He was a secondary gunnery line officer on the USS Portsmouth He interned at St. Lukes Hospital in Spokane, Washington in 1951, and served his residency in General Practice at McNeal Memorial Hospital in Berwen, Illinois in 1952. Dr. Wright practiced medicine in Appleton and was affiliated with St. Elizabeth Hospital and Appleton Medical Center from 1952 until 1990. He was involved with the American Cancer Society, Visiting Nurses Association, the YMCA, Outagamie County Medical Association, Wisconsin Medical Society, American Medical Society, Boy Scouts of America, and The Fox Cities Community Clinic. Dr. Wright was one of the founding members of the Professional Park Incorporated of Appleton. He enjoyed golfing, fishing, hunting, skiing, and painting landscapes. He also enjoyed his Wednesday morning ROF breakfasts. In his retirement years, Dr. Wright enjoyed country life on his farm, and especially enjoyed spending time with his pets, Blaze and Beauty, Fanny and Flossie, Sadie, Jill and Daisy.

Memorial Services for Dr. Wright will be held at 1 P.M. on Saturday, December 1, 2007 at First Congregational United Church of Christ, 724 East South River St., Appleton. A gathering for family and friends will be held at church from 12 noon until the time of services. A memorial is being established for The American Cancer Society and Appleton Medical Center.

The family wishes to extend special thanks, to the Dr.‚Äôs and staff at Fox Valley Hematology and Oncology, Dr. Brooks, Dr. Stephen Fuller, and the Rennes Health Care Center for their exceptional care and compassion given to Frank.