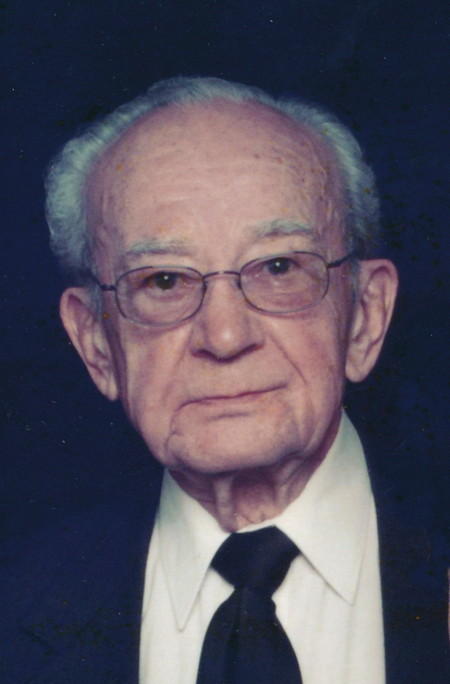 Frank W. Ashenbrenner, 99, passed away at Rennes Health and Rehabilitation Center on July 27th. Frank was born February 14, 1914 in Menasha to Frank and Elizabeth (Urban) Ashenbrenner. He worked at Banta Publishing Company for nearly forty years.
He married Mary Elizabeth (Betty) Hrubesky on February 4, 1937. After over fifty-nine years of marriage, Betty passed away in 1996.
Frank is survived by Marie Hansen with whom he has shared his life for the past thirteen years. He is also survived by a daughter, Linda Nornberg, Neenah, and a son, Fred (Vicki) Ashenbrenner, Sherwood, six grandchildren, and four great-grandchildren. He was preceded in death by a son, Tom, and three brothers.
A memorial service for Frank will be held at 11:00 a.m. on Wednesday, July 31, 2013 at the WICHMANN FUNERAL HOME (537 N. Superior St. Appleton). A time of visitation will be held from 9:00 a.m. until the time of service. Online condolences may be expressed at www.wichmannfargo.com. In lieu of flowers, a memorial fund has been established in Frank's name.